A Chick-fil-A spokesperson announced the company’s charitable arm would no longer donate funds or products to anti-gay groups such as the National Organization for Marriage or Focus on the Family. The Civil Rights Agenda, Illinois’ largest lesbian, gay, bisexual and transgender civil rights advocacy organization, released a statement confirming that Chick-fil-A will scrutinize more carefully where it makes donations and will be a more inclusive company.

“The WinShape Foundations is now taking a much closer look at the organizations it considers helping, and in that process will remain true to its stated philosophy of not supporting organizations with political agendas,” Chick-fil-A spokesperson Joe Moreno said the statement.

Additionally, Chick-fil-A management sent a letter to franchise owners asking them to, “treat every person with honor, dignity and respect-regardless of their beliefs, race, creed, sexual orientation and gender,” and that their “intent is not to engage in political or social debates.” This statement was placed into an official company document called “Chick-fil-A: Who We Are.”

“We are very pleased with this outcome and thank Alderman Moreno for his work on this issue,” said Anthony Martinez, executive director of TCRA. “I think the most important part of this outcome is that Chick-fil-A has ceased their donations to anti-gay groups in 2011 and going forward. With some of the groups that they were donating to being classified as hate groups, and others actively trying to halt the movement toward full civil rights for LGBT people, Chick-fil-A has taken a big step forward. We are encouraged by their willingness to serve all people and ensure their profits are not used to fight against a minority community that is still trying to gain full and equal civil rights.” 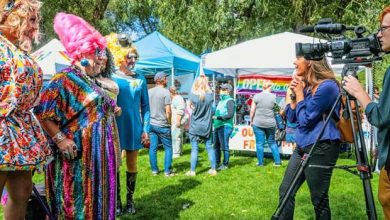