Happy One Year Anniversary of the “don’t ask, don’t tell” repeal, everybody. Well, not happy for everyone, I suppose. There are still plenty of anti-gay bigots out there unhappy about the whole thing.

Remember how the letting of gays and lesbians serve openly in the military was going to result in mass defections? Gropes in the showers? Devastated morale? A limp-wristed force unable to fight?

Well, surprise, surprise, none of that happened. In fact, a new study out of the Williams Institute at University of California Los Angeles Law School has found that, “Repealing DADT has had no overall negative impact on military readiness, including cohesion, recruitment, retention, assaults, harassment, or morale.”

This must be a serious bummer for the American Family Association’s Bryan Fischer who was convinced that gays in the military would usher in another Holocaust.

In a May 27, 2010, piece on the AFA website, Fischer wrote, “Homosexuality gave us Adolph Hitler, and homosexuals in the military gave us the Brown Shirts, the Nazi war machine and six million dead Jews. Gays in the military is an experiment that has been tried and found disastrously and tragically wanting. Maybe it’s time for Congress to learn a lesson from history.”

Wow. Equating homos with full-on Nazis and the attempted extermination of the Jews is a pretty serious claim. It’s also bat-shit crazy and completely untrue. Not like that’s ever stopped Fischer before. Crazy lies are pretty much his forte.

So did the Palm study find gay Nazis taking over the military waving swastika-emblazoned rainbow flags? Uh, no. But they did find that, “Greater openness and honesty post-repeal may have actually increased understanding, respect and acceptance.” Oh, the horror!

Honestly, I don’t know which outcome is considered worse from Fischer’s perspective. I mean, the gay-Nazi thing was a long shot, but it certainly would be impressive to be the man able to say, “I told you so” as Hitler mustaches became the new must-have military trend (for men and women, obviously). So to be faced with “increased understanding, respect and acceptance” must be a real let down. Especially since when people understand, respect and accept gays and lesbians, they tend to not hate them. And they tend to write off guys who blame the holocaust on gays as insane or ignorant.

But then, Fischer isn’t exactly an expert on military matters. Perhaps military leaders are seeing the kind of chaos Fischer and others like him predicted? Um, no.

There’s that darn “accepted” word again. I strongly suspect that Fischer isn’t about to roll over and admit defeat. If being wrong about DADT is wrong, then he doesn’t want to be right. But as a country, we can rest easier knowing that the only gay brown shirts lurking in the barracks exist in Fischer’s twisted imagination. 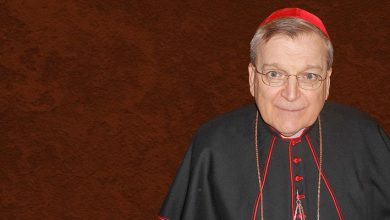