More than 75,000 people have signed an online petition started by the mother of a gay Boy Scout who is being denied the rank of Eagle Scout because of his sexual orientation.

Karen Andresen started her Change.org petition after leaders in Boy Scout Troop 212 in the San Francisco Bay Area told her son Ryan that he’d be refused the rank of Eagle Scout after he came out as gay in an effort to address bullying. Ryan had completed all the requirements to become an Eagle Scout — even completing a capstone project at a local middle school where he helped construct a 288-tile “Tolerance Wall” — but was told last week by his troop leader that because of his sexual orientation, he would be denied his Eagle award. The news comes just a few days before Ryan turns 18.

“It breaks my heart to watch Ryan suffer for being who he is, because to me, he’s perfect,” said Karen. “Ryan has worked for nearly 12 years to become an Eagle Scout, and nothing would make him more proud than earning this well-deserved distinction. I can’t believe the leaders in Ryan’s Boy Scout troop would punish him like this, especially after all Ryan has done to serve his community and to combat bullying.”

Ryan, who endured bullying as a teen from fellow Scouts in his troop, recently came out in a letter he sent to members of Troop 212. In the letter, a response to a bullying incident faced by another student in the troop, Ryan talked about the effects that bullying had on him, including depression and self-harm.

“My son showed incredible courage in telling his story, so that other Scouts don’t have to face the type of bullying and harassment he faced. Now the Boy Scouts are punishing him for that,” said Karen. “Luckily, thousands of people are now standing up and supporting my son in hopes that Troop 212 will do the right thing, and give him his Eagle Scout designation. And I’ll be right by his side until we convince the Boy Scouts to stop this discrimination.”

The Boy Scouts of America have been under constant fire this year to end their long-held policy that discriminates against gay Scouts and leaders. Scores of Boy Scout troops and scouting families around the country have urged the organization to change its policies, and a new organization, Scouts For Equality, was founded by Eagle Scout Zach Wahls to mobilize current and former Scouts calling for an end to the ban on gay youth and leaders.

Earlier this year, a mom in Ohio, Jennifer Tyrrell, rallied hundreds of thousands to support her after she was removed as the den leader of her 7-year-old son’s Cub Scout pack because of her sexual orientation. And business leaders like James Turley, CEO of Ernst & Young, and Randall Stephenson, CEO of AT&T — both members of the Boy Scouts of America’s Board of Directors — have called for a change in Scouts policy.

“At 75,000 signatures and growing quickly, it’s not hard to see why this campaign is taking off,” said Change.org Senior Campaigner Mark Anthony Dingbaum. “Karen’s petition for her son’s Eagle award is a perfect example of how a powerful personal story can mobilize a community for change.” 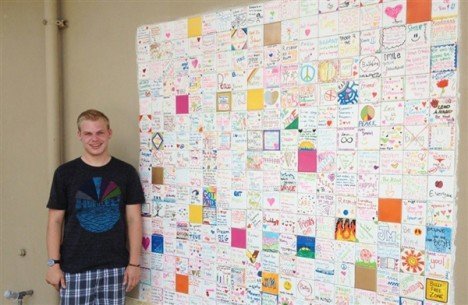 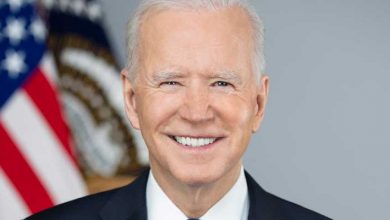