Arthur Laurents was a Tony Award-winning playwright, director and screenwriter. He wrote the scripts for “West Side Story,” “Gypsy” and “La Cage Aux Folles.”

Born Arthur Levine, Laurents grew up in Brooklyn, New York. Because of anti-Semitism, he changed his last name to the less Jewish-sounding Laurents.

After graduating from Cornell University, Laurents took a class in radio writing and
produced “Now Playing Tomorrow,” a comedic fantasy broadcast on CBS Radio. He was drafted into the Army in World War II, but never saw combat. He wrote training films and dramatized radio shows for the Armed Forces.

Laurents started his Broadway career with “Home of the Brave” (1945), which was adapted into a film. He moved to Hollywood to pursue screenwriting. He adapted the play “Rope’s End” into a movie, but his Hollywood career was cut short when he was blacklisted for Communist sympathies. Subsequently, he returned to New York City and resumed writing for theater and film.

In 2010, his autobiography, “Original Story By Arthur Laurents: A Memoir of Broadway and Hollywood,” was published.

Laurents was in a relationship with actor Tom Hatcher for 52 years. In 2010, the Laurents/Hatcher Foundation Award was established. It annually awards a $150,000 enabling grant to an unproduced play of social relevance.

Pride and You: Health and Wellness Booths 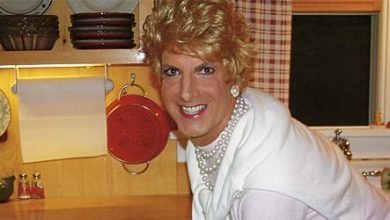 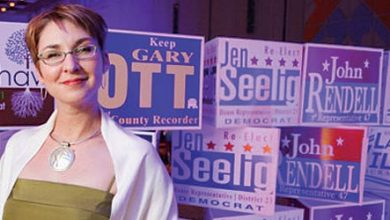 The Person of 2010: Brandie Balken

Living gay in the Mormon Church