Well, it’s 5 p.m. the day we go to press. You know, the day we are supposed to have all the files sent over by noon? Well, they haven’t yelled at me yet, so I guess we are OK.

So, now to the other changes happening around us. This weekend was in the 70s and it is now 28 degrees and snowing in Park City. Yes, Mother Nature has now presented fall.

I love summer. I live in Utah largely because of the summer, simply existing through winter as I wait for summer to return.

I hate when summer begins to fade. It’s like being on vacation and realizing it’s only a day or so before you have to go back home.
It means it’s gonna start getting cold.

No more camping. No more outdoor festivals. No more tooling around in Utah’s mountains and deserts. No more lying around on a Sunday
morning, naked on the deck with a cup of coffee and the newspaper.

It strikes me that life at QSaltLake is mirroring the change in the seasons. So ends another ‘season’ in our offices.

And so begins a new one.

Change is in the air at QSaltLake, and before rumors start
spreading like this summer’s wildfires, let me tell you the whole story. Yes, we are closing our Sugar House office. No, we are not closing the magazine. We will all be working from home, spending money on people rather than a landlord (though my landlord is a person — and a nice one at that.)

People are asking how our fundraising efforts are going to retire the balloon payment. We are still about $15,000 short and are coming up with ways to fix that. In the meantime, we have an angel savior who
gave us some breathing room to get the loan paid off, and we are greatly appreciative.

So, we are packing boxes this week at the office and I am working on sprucing up a room in the back of the house that has been everything from a screen porch to a bedroom and a breakfast nook to make it into a comfortable office.

It was also our office for a year back in 2008. It was with a sense of pride that we were able to move out of the house and into the real world of business when we signed the lease four years ago.

Yes, it does feel like a step backward to move back, but it is better than just shutting down.

And now I have to relearn the concepts of work vs. ustime, of being self-motivated to actually getting work done at home and of being organized enough that work does not clutter the rest of life.

I was happiest in my life when I was Mr. Organization while working at an advertising agency as a producer. I woke up at a set time. I got into the office at a set time. My first half hour was spent organizing my day. I managed 14 people, a $3.2 million project
and the friction of relationships between computer programmers
and creative folks.

I look forward to the next several months — the next season — of my life. I’ll get to see what I can do.

It’s time to see the new arts season and rehearse for the winter concert with the Salt Lake Men’s Choir. It’s time to dust out the fireplace for those ‘stay at home and cuddle with a movie’ nights. 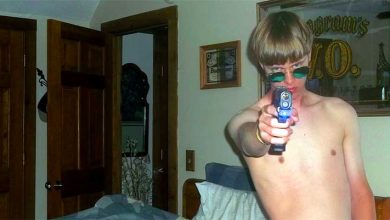 40 years after the assassination of Harvey Milk