Having taken close to a decade to make, the multiple award-winning documentary film Paris is Burning (1990) is director Jennie Livingston’s prideful building block to an extensive career in the filmmaking industry. For the film, Livingston focused on interviewing key figures in the ball world, many of whom bring light and understanding on the ball culture as well as on their individual personalities.

Because the film chronicles a wide array of communality, it also explores controversial subjects of the time including homophobia, racism and poverty. Titles such as “house,” “mother” and “reading” emphasize how the subculture that the film depicts has taken words from the straight and white worlds, and instilled alternate meanings, just as the “houses” serve as make-shift families for young “walkers” whose sexual orientation have sometimes lost familial acceptance and love.

In honor of Transgender Awareness Month, Damn These Heels, in collaboration with the Utah Film Center, will be offering a free screening of Paris is Burning Nov. 15, 7 p.m., Brewvies cinema pub, 677 S. 200 West. Director Livingston will be in attendance at the screening, and while still enduring the effects of hurricane Sandy, she took the time to answer a few questions.

Paris is Burning won the Sundance Grand Jury Prize in 1991, as well as several other festival awards – how has your career changed since receiving these awards? Do they hold any tangible clout within the industry?   It certainly makes people notice a film at the time, and makes you, as a filmmaker, feel good.  To answer how my career has changed – well, PIB was my first film, of any length, so it’s changed in that when I got that award I was 29 and had just spent seven years making one film. Now I’ve made three additional films (both nonfiction and documentary); I have written three scripts; traveled all over the world with my work; have done curating and clip shows; taught film and filmmaking – and PIB started all that.

My latest film, which I’m currently cutting, is called Earth Camp One. It’s nonfiction – an essay film about how I lost four family members in five years, and also a meditation on how we, in this culture, view grief, loss and impermanence. It also deals with a hippie summer camp I attended, the connection being that when we’re young we want to break away from our families – what happens when they leave us? And will include animation about different conceptions of the afterlife.

Again, to circle back to your question, it’s great to get awards, but from the perspective of filmmaking, it’s all about doing the work.

PIB has been a tool to help, inspire, or guide trans and queer youth for many years. In your opinion, what areas of the film do young queer people most relate to?   I think you’d have to ask them … presumably just seeing how people who have to endure a struggle to simply live as they choose to live can thrive … maybe that’s something we can address at the Q-and-A on the 15th.

You will be in attendance at the Nov. 15 screening, correct? What expectations do you have of the evening?   I’ve been showing this film since 1991. I am there to meet whomever is there and answer their questions about PIB, about my current films, about films and filmmaking, about queer identity, gender identity, indie filmmaking and will be open to hearing what questions and ideas the screening sparks in the audience. 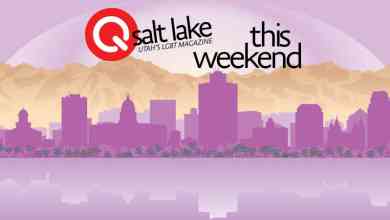