Many Utah Pride Parade attendees may recall watching a group of Mormon faithful in white shirts, ties and flower print dresses at the head of this year’s parade. It appeared that for the first time, an olive branch had been extended between two communities sharing so much history and bad blood. The attendance of Mormons Building Bridges made national headlines and seemed it was all the local media wanted to report about the parade.

Shortly after, the MBB participation in other parades around the nation grew. From California to New York, there were Mormons spreading a message of acceptance for lesbian, gay, bisexual and transgender people. In September, four members of the group were featured at Utah’s second annual Pink Dot celebration – bringing together family, friends and allies of the LGBT community.

The unofficial and unregistered group blossomed into a community force and gathered thousands of members to its official Facebook group. Each member has his or her own reason for joining. However, the group is monitored by four to five administrators who moderate posts and try to guide discussions, said MBB spokesperson Erika Munson.

“Mormons Building Bridges is a support group for active, committed Mormons to reach out to LGBT people and make our congregations welcoming to them and safe for them,” Munson said. “Up to now there has been no place for people who want to stay active in the church who are supporting the brethren. There’s been no way for them to reach out.”

As the group is in its infancy stage and while there are administrators for the Facebook group, there are no full-time or paid staff, she said. There are no official responses to questions and most posts are organic, allowing for community interaction. But, she said, the group is to remain apolitical and to avoid all opinion on marriage equality.

When a young, gay Mormon enters the group and asks for advice or guidance, there are no set guidelines for responses, and users and administrators are allowed to help him as they see fit, Munson said.

And while the Facebook group still serves as a community board, it is monitored heavily and any posts that are deemed too political, angry, attacking or disrespectful will be removed. The group’s page is a conversation outlet for many Mormons who are just now exploring their options, and posts or comments deemed too offensive are removed and users can be banned, she said.

“We’re trying to catch church membership up to where the church leadership is now,” Munson said.

Currently, the Mormon Church’s official stance is that gay members may remain in good standing, provided they refrain from any gay acts and thoughts.

It was with great surprise after seeing MBB at the head of the parade and heavily involved in other community events that Sara Long found posts on the group’s Facebook page that advocated a well-known, so-called “reparative therapist,” and his private practice. After pointing out the problems with advocating for “reparative therapies” and the damages of mixed-orientation marriage, Long  said she was told to be more respectful.

Every major medical organization decries the use of “reparative therapy,” and in 2007 the American Psychological Association issued a report saying not only is it ineffective, but potentially very damaging. Beyond studies focused solely on reparative therapy, broader research clearly demonstrates the significant harm these groups can cause, particularly LGBT youth. There is also significant anecdotal evidence of harm to LGBT people resulting from attempts to change their sexual orientation.

“So why are we supporting a group at Pink Dot and at the Pride Parade that doesn’t allow open discussion and advocates for these terrible groups?” Long said. “They invited all these gay people who’ve been so heavily persecuted come to the forum. But when we started talking and asking questions, we get banned left and right. We thought there was finally a group of affirming Mormons, and we were devastated to learn they’re not.”

Despite having repeated posts advocating for “reparative therapy,” Munson pointed out there is more to the page than just posts about Evergreen – other, more affirming events are also posted.

“We feel like this is our niche. We’re going to stick to it. It’s unpleasant when we hurt people’s feelings and we don’t mean to do that. But it’s understandable,” Munson said. “Nobody is going to be encouraged or discouraged from anything in particular (including Evergreen International). We want to hear people’s stories… We’re trying to do a balance. We’re really, really trying to not judge.”

When asked about the Utah Pride Center’s involvement with MBB, UPC Executive Director Valarie Larabee said she was unaware of its support for Evergreen International and other similar groups.

“I can honestly say that if I had known this in June (for Pride) or September (for Pink Dot) that I would never have hosted them at any UPC event,” Larabee said in an email. “I take great responsibility for doing the right things to support our community and this is shocking to me.”

Munson said event postings for Evergreen and other so-called “reparative therapy” groups would continue on the page to encourage “open dialogue.”

However, the Pride Center is still discussing its future with MBB, Larabee said.

“The Utah Pride Center is in a wait-and-see mode with MBB,” she said. “However, I am not in any way concerned that we gave them audience that we shouldn’t have.”

MBB’s Facebook page is reaching nearly 2,500 members and many are encountering attitudes and policies that are all too familiar with their time in the Mormon Church. Amy Larsen joined MBB last summer and began to feel disillusioned after she saw multiple posts promoting Josh Weed, a well-known advocate for mixed-orientation marriage as an option for gay Mormons.

“I thought this group was going to be different, but instead we saw the same old policies that caused many of us to leave the church in the first place,” she said.

Each post Larsen made received more criticism and attack from the Facebook administrators, she said. The dialogue on the page was contained by administrators to very specific topics and deterred questioning language such as “same-gender attraction,” Larsen said.

Larsen said the attacks in the group became so vicious that she chose to leave and join a Facebook page for those insulted and hurt by MBB. The group has more than two dozen members.

“We have MBB placed in front of our community and it is supposed to help and affirm. But what we encounter in their day-to-day operations is much different,” she said. “If even one person ends up returning to Evergreen or Josh Weed then we’ve done a disservice. There’s no difference in their approach to young gay Mormons than before. The pressure to change or suppress your sexual orientation is still there.”

While MBB is a young group still defining its purpose, it will continue as is, Munson said. And Larabee added that no decisions about future involvement with the group are ready to be released. 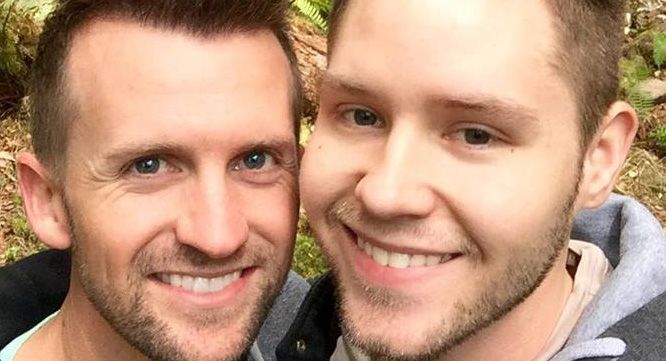