Perhaps a lot of people don’t believe in love at first sight. But Ryan, 22, is not one of them. He’s a hopeless romantic who always wanted to be a princess for Halloween and is a veritable encyclopedia on romantic comedies.

“I always fantasized about my white knight coming to sweep me off my feet and take me away to live in his castle,” he said.

“I was just out of high school and just out of the closet. It was my first real, gay party and I was so nervous,” Ryan said. “I noticed Phillip right away. I only saw him from behind, but I noticed his big, broad shoulders and toned back. I just about died. And when he turned around we made instant eye contact, I knew it right away; I was going to love this man.”

They started dating and everything was going well. Phillip was the perfect emotional and physical resource as Ryan’s family began dejecting him because of his sexuality. After dating for three months, Ryan moved into Phillip’s downtown apartment.

Working part time at a local clothing store, Ryan brought in a meager salary and was emotionally and physically dependent on his boyfriend.

“It was probably the second night that I moved in he came home drunk and angry. I didn’t know what I had done wrong. But he was so furious. But still, it never occurred to me that he would be dangerous or that I should be scared,” Ryan said. “This was my first relationship and I didn’t know how to act or to recognize the problems that started to escalate.”

“I didn’t know what to do. I lost my family and friends when I came out and here I was stuck in the house with a violent and dangerous man that I foolishly thought loved me,” Ryan said. “He didn’t love me. He loved using me as an excuse for all the problems in his own life.”

Ryan, however, isn’t alone. Intimate partner violence in the gay, lesbian, bisexual and transgender community rose steeply in 2011, according to a new report commissioned by the National Coalition of Anti-Violence Programs. It reported 19 partner homicides in 2011. This is the highest ever documented, and is more than three times the six documented homicides in 2010. A majority, 63 percent, of the victims were men.

The report found that LGBT people under 30 are twice as likely to experience physical violence, and those of color and under 30 are nearly four times as likely.

Resources for gay men in particular can be difficult to find because most shelters and programs are designed for women, said Jennifer Campbell, the South Valley Sanctuary associate director of development. The sanctuary is one of the few shelters in Utah that houses male victims of domestic violence. Last year, SVS served more than 280 individuals and eight of those were men, she said.

“There’s a huge myth that only women can be victims of domestic violence,” Campbell said. “But when men are victims it can be very hard for them to come forward because there is so much stigma associated with it.”

The SVS also offers various avenues of support and knowledge for victims of domestic violence and even those that aren’t looking for shelter can call the 24-hour hotline at 801-255-1095.

“Our focus is on safety. We recognize that many will return to their abusers, so we try to help them minimize the risks and protect themselves and any children that might also be present,” she said.

For Ryan, it was a new group of friends that helped him recognize the signs of abuse; Ryan avoiding social situations and sudden mood changes to being very quiet and subdued. After friends reached out to him and helped him realize the situation wasn’t healthy, Ryan moved out of Phillip’s apartment and moved to Salt Lake City.

“Moving out was the most terrifying thing I’ve ever done. I didn’t know what he would do to me if I got caught or if I’d end up on the streets. But here I am. And I’m doing better than ever,” Ryan said. “If I can get out, I just know anyone can do it. Find help. Do whatever it takes. You don’t have to live like that.”

He hasn’t been on a date with anyone since Phillip and he’s not sure when, if ever, he’ll be ready to date again.

“I just can’t fall back into that scenario. And I guess I no longer trust myself or anyone else,” he said.

For more information about how to seek help or to help a loved one that may be a victim of abuse, go to southvalleysanctuary.com. 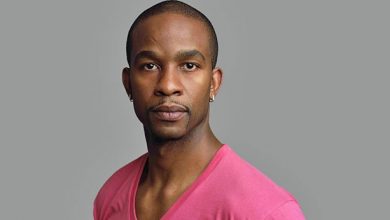