A representative from the American Civil Liberties Union detailed a lawsuit filed against Davis County School District at a forum in Ogden on Nov. 26.

Leah Farrell spoke at the forum which discussed the decision to keep In our Mothers’ House off library shelves. Students are only able to check out the book with a permission slip signed by their parents. The controversy arose after a kindergarten student checked out the book about two lesbian mothers raising a child and brought it home. A community panel decided to remove the book from regular shelves.

District representatives defend the decision by citing a Utah law which prohibits the advocacy of homosexuality in Utah schools. However, Farrell argued that the statue does not apply in this case because having a book in the library does not make it curriculum or instruction material. A book about a Catholic family does not advocate Catholicism and a book about lesbian mothers does not advocate homosexuality, she said.

The forum also featured community members, including a lesbian couple from Salt Lake City who have a daughter. The family told how their daughter, Abigail, faced some disrespect and misunderstanding from peers because she has two mothers. The family urged everyone to understand that families vary and one is not necessarily better than another.

“Love is love and love is what makes the family,” Jamila Tharp, one of the mothers, said.

The event was sponsored by the OUTreach Resource Center of Ogden, which provides support for lesbian, gay, bisexual, transgender and allied youth. The forum featured a wide array of guests to help illustrate the book being removed from shelves is a community issue, said OUTreach Director Marian Edmonds.

“What is especially hopeful about the new developments in this case is that parents and community members of all types are coming forward to say that they support the health and well-being of children from all families,” Edmonds said. “We often forget that the issue isn’t just about parents and school districts – it is the children who are watching and learning from how we treat others.  Showing love and respect for all children is the best way to prevent bullying, youth suicide and homelessness and it is encouraging that our straight Mormon neighbors care just as much as same-sex parents do about all children and all families.” 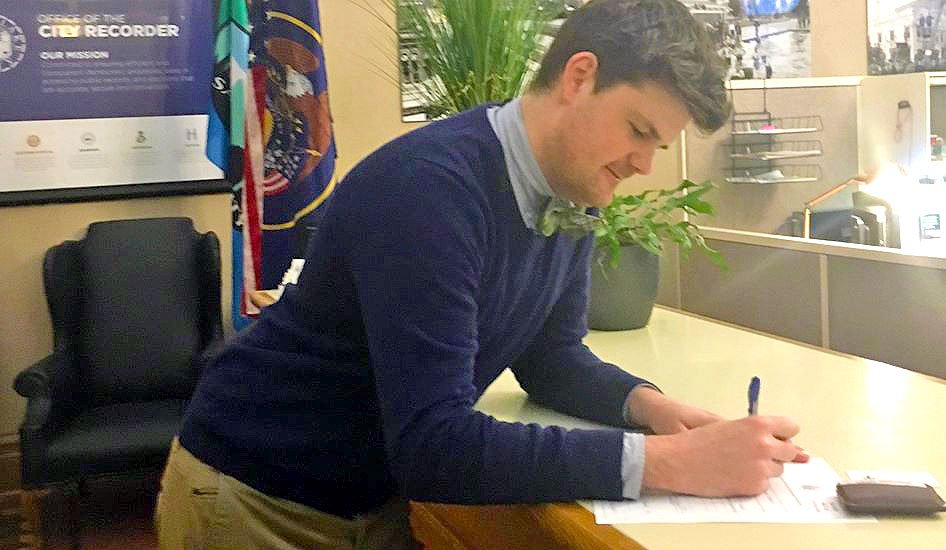