The competition was to replace outgoing Sen. Ben McAdams, who will be Salt Lake County’s new mayor. Approximately 150 Democratic delegates had the chance to vote for his replacement. The race was of particular concern to Utah’s queer community because McAdams has sponsored a statewide nondiscrimination bill in the past. Although the bill has never made it out of committee, McAdams had been a strong supporter of the anti-bias measures, as well as other queer-related bills.

Dabakis made history when he became the first openly gay man to lead a major party in the state. Since his election, he’s been a staunch defender of the Democratic Party and has spoken out against what he called the unfair redistricting of Utah’s congressional districts.

He said he decided to run to ensure there were role models for LGBT youth and to represent the many Democratic Utahns who struggle to find a voice and representation.

“I have lived most of my adult life in the area of the district. Senate District 2 is a sacred seat because it is one of the very few seats that is safe for Democrats.  It carries with it a solemn duty to represent both the people of the district and the other 42 percent of the state that simply have no voice. I aspire to boldly be that voice,” Dabakis said. “It is no secret to anyone that I am a proud member of the LGBT community. I see the senate as a place to make good policy and give voice to all the people of the district, of course, including the LGBT community. It is imperative that our young people have role models to look up to. For them to realize that for LGBT young people, no aspiration is too high nor dream out of reach.”

Ultimately, Dabakis defeated Corroon 67 to 61 votes and vowed to make education funding a priority. Dabakis promised the first bill he would file would require that education funding keep up with population growth each year. 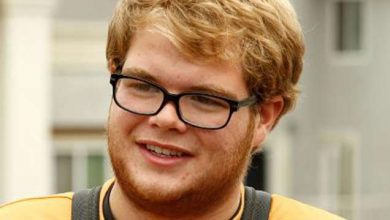