The family of a 14-year-old boy who died when he shot himself with a 22-caliber pistol in front of schoolmates are saying he was gay, had just been suspended from school and was the butt of a prank earlier that week.

David Phan’s family sat down with a reporter at the Salt Lake Tribune and said they hope that others will learn from his suicide and are hoping to work with gay groups to address issues involving gay-ethnic youth.

The ACLU has also stepped in to express the family’s anger toward school officials, who told the media that the boy was having “significant personal challenges on multiple fronts,” and to deter them from any further comments.

David Phan came out to his family in stages. First a year ago to his older brother and other family members, then three months ago to his mother, Phuong Tran, and finally, his father, Nhuan Phan.

His father told the Tribune that when David came out to him, he said to his son that he loved him no matter what.

The family said that on the day before David killed himself he had received a “singing telegram” at a school holiday fundraiser from a boy, at which other students laughed. David’s cousin said that, while David laughed along with the rest of the students, he was “mortified.”

The next day, David’s mother was called to the principal’s office and was told he had been suspended. The principal told her that “another student had complained” and that a search of David’s backpack revealed that he had brought a condom to school.

His mother said she felt “brushed off” when she demanded further explanation.

“He told me: ‘We will discuss on Tuesday,'” she told the Tribune. She also told them she believed they wouldn’t talk to her because of her heavy accent.

After his mother left the school and went home to find out if David was all right and offered him lunch. He said he was fine and she went back to work. David then returned to the school at about 3 p.m. and shot himself on a pedestrian bridge.

School district spokesman Ben Horsley held a press conference, saying that school officials had not received complaints of his being bullied for at least two years.

Horsley released a statement that read, “There appears to be ongoing rumors throughout social media and reported in the news media that the student was being bullied. This is of particular grave concern to the school and district.

“There is an indication that the student reported a bullying concern several years ago. Consequently, school administration and counselors have stayed in close contact with him since that time.

“Counselors have further remained in close regular contact with [him] because of other issues in his personal life. Despite specific personal inquiries, David never reported any further bullying concerns and on the contrary, reported that things were going well.”

The family were aware only of David seeking career counseling. They expressed frustration that counselors may also have been talking with him about mental health issues without their knowledge.

“Why didn’t they tell the parents? Don’t they have a right to know?” asked Nhuan Phan.

Horlsey told the Tribune that David had only seen a guidance counselor, not a mental health counselor. Horlsey refused to elaborate on any of the discussions that happened between David and the counselor.

In a letter to Granite School District Superintendent Martin Bates, ACLU Legal Director John Mejia wrote that Horsley and other school officials had been “extremely inappropriate in their public statements about David and his family. Most troubling to David’s parents and to us is that this pattern of wrongful behavior appears to be crafted to deflect questions about any potential responsibility from the District and to try to cast blame and suspicion on David and his family.”

The letter further demanded school officials cease and desist from any further public release of information about David or his family.

The Phan family has asked Utah Vietnamese American Chamber of Commerce First Vice Chair Steven Ha to help introduce them to gay community leaders in the hope of assembling a group to address issues faced by gay-ethnic youth.

“We’re not interested in suing, but working with credible sources. That’s how we want David to be remembered,” Ha told the Tribune.

Ha can be contacted at steven.ha.usa@gmail.com 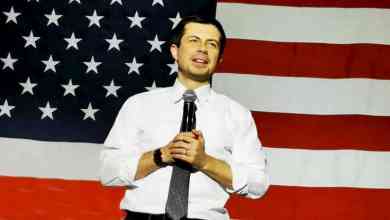