Chris Colfer, who stars as the very openly gay Kurt Hummel in Glee, has written his first movie, Struck by Lightning, which premiered at the Tribeca Film Festival to a standing ovation. The film will be officially release on January 11, but Arthouse Cinema 502 in Ogden, Utah, will be among only 26 theaters across the country to hold a one night only special interactive Q&A screening on January 6.

A live, interactive webcast question and answer session will coincide with the LA premiere, where Colfer will answer questions submitted through social media after the film.

Colfer also plays the lead character, a high school senior set on leaving his small town to attend Northwestern, become the editor of The New Yorker and the youngest successful writer of all time. Struck By Lightning was directed by Saved!‘s Brian Dannelly. 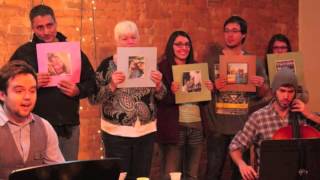 Video: Original song, proposal of one of the Utah gay couples married at the Grammy’s

Rufus and Jorn to marry this week

Plan-B Theatre Co. Experiment: ‘How One Culture Determines the Use of Another Culture’