DJ Boy Toy can be found at Club Try-Angles, keeping the neighborhood bar’s dance floor pumping every weekend. We caught up with him to hear about how he got started spinning and who inspires him (in, and out of, the bedroom).

How did you get started?

I have always been fascinated with music. When I moved to Salt Lake back in 1993 a co-worker was a disc jockey. I would watch him and I wanted to learn. I took every opportunity I could to watch what he did and I started doing my own thing. At first I would deejay for youth events at the pride center or parties. After I was old enough to enter the clubs I would watch the DJs there. But because of other circumstances I stopped and I didn’t deejay for a long time. When Club Try-Angles opened I decided to start again.

This hobby has taught me so much and it has grown so much over the years. Some nights I’ll have somebody that has an interest and I’ll let them use some headphones to listen, perhaps give it a try. That is how I learned.

Who are your musical inspirations?

There are so many but if we are speaking of artists, I would say Cher. I grew up listening to her music and even today I still love her. DJs I admire would be Almighty, Cahill, Manhattan Clique, Calvin Harris, WaWa, Ralphi Rosario, Bimbo Jones, Dave Aude, Liam Keegan, Thunderpuss, Jump Smokers, Tiesto, Nevins, Jody Den Broeder and many more.

How would you describe your style?

I would describe it as happy. I like music that has energy. My style is pop, mainstream club, mashup and progressive. I’ve only recently began trying some electro. I like the oldies as well as new artists. I watch the music charts from Europe because they introduce new artists and songs long before they make it to the U.S. charts. I love coming across a song or mix that sends a surge of adrenaline through me.

What do you find sexy in a man?

Skinny nerds, personality and humor. Smart is sexy and there is always something to talk about. I don’t consider myself to be a complicated person. I’m simple and I like to be around people that are the same. Humor is a must. You can have the worst day ever and to have somebody say something funny just turns everything around.

If you could have sex with any celebrity, who would it be and why?

I’m a TV/movie freak so that is a tough one, but the first name that comes to my mind is Joseph Gordon-Levitt. I think he is a great actor and very smart. He is also very yummy to look at! 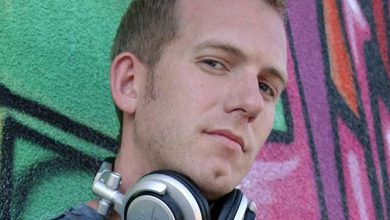