Christina Aguilera opens her seventh album by calling this a “rebirth” despite her “broken pieces” – or, in other words, a really bad few years (last album, tabloids and Burlesque). After spending much of her career doing what she’s so good at – using her voice like it’s the moon rocket – the pop singer, who got a profile-boost from The Voice, was sick of sitting in Lady Gaga’s shadow: Xtina wanted something different, something Bionic. The album, released two years ago, was a massive sound-bomb, not just commercially but creatively – who’s the dummy that thought Auto-Tuning one of the best voices ever was a good idea? Lesson learned: Aguilera rips through these songs with all the superpower of a tsunami, sweeping up everything in its path – even Mother Monster. She slays “Your Body,” the sexy first single, as hard as she does the guys in its cartoonish video; “Army of Me” has her in Kill Bill mode, referencing herself as the “Fighter” she was in 2003, at the height of her career; and “Let There Be Love” is a glorious club smash that could be about world peace – except it’s mostly about makeup sex. Along with the Sia-written “Blank Page” – a decent tune made exponentially better by Christina’s heartfelt, powerhouse performance – those are the highlights on an album that never finds the same cohesive groove of her best work, Back to Basics and Stripped, but thankfully never gets as out-of-character as Bionic. Let Gaga be weird. You just sing, girl.

It’s telling that Kelly Clarkson tacks her very first single at the end of her Greatest Hits like a footnote: “A Moment Like This” shot the singer into superstardom after it became her winning American Idol anthem. You can still hear the joy in the Texan sweetheart’s voice – and you can practically see the tears coming out of those clichés. Now that she’s been singing infinitely better songs, she’s not looking back at that ditty with the same joyful regard (even Clarkson’s knocked the cheese ball herself). But, for better or worse, it made her a household name, even if it never defined her as an artist. Clarkson was too feisty – too good – for a song like that. “Breakaway,” setting the stage for her power-pop makeover, would become her first major hit – and boy, did she ever. Between then and now she’d record the coveted 2004 kiss-off “Since U Been Gone,” and its doppelgängers, “My Life Would Suck Without You” and “Stronger (What Doesn’t Kill You)” – all included among the 17 tracks, with only one from My December (whew!). Though her biggest hits are sound giants, this collection, which includes two of her best ballads, gives a fuller perspective of the talented pop star. The new songs represent an artist capable of almost anything: She goes country for “Don’t Rush” and does the juggernaut “People Like Us,” where she leads an army of underdogs – “the lost and forgotten” – into a fierce battle cry. Of all the things she’s accomplished in 10 years, it’s about time we got a gay anthem.

On her first album of new material since 1996, beloved Americana trailblazer Iris DeMent goes back to the Deep South for a twangy set of stories about the good ol’ days and God. The title track is an affecting love letter to her hometown, igniting all five senses – because not only is her songwriting vivid, she’s also a nuanced storyteller with a voice that takes you there. The family tragedy that has her questioning faith on “The Night I Learned How Not to Pray” is particularly lucid. But even though DeMent’s stories are self-specific, the perseverance, sadness and determination she expresses aren’t just hers; they’re everybody’s.

Bat for Lashes, The Haunted Man

A naked Natasha Khan – aka Bat for Lashes – on the Mapplethorpe-like cover of her third release isn’t just a showpiece for a nicely toned body. This is her rawest album yet. The Haunted Man is captivating, ambitious and ethereal. It’s a dream you can’t escape from. There is, however, no forgetting it: Written with Lana Del Rey collaborator Justin Park, “Laura” is beautifully bleak-sounding even if it’s meant to be encouraging; “Marilyn,” however, builds a dreamy-pop sound that merges Annie Lennox and Björk. The rich orchestration and theatricality also bring to mind Tori Amos and Kate Bush – name-drops that are only deserved when you can sound as good as them. 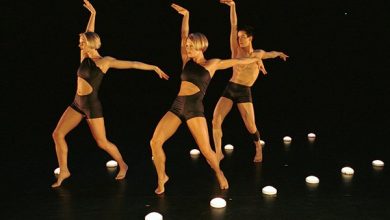