Friends since summer lovin’ brought them together over 30 years ago, Olivia Newton-John and John Travolta are, still, hopelessly devoted to each other. They’re as chummy together in the liner pics of their charity Christmas album, where they even share an oversized coffee mug, as they are on these creepy renditions of classics. “Baby It’s Cold Outside” is the worst offender (or best, depending on how you look at it). On the traditional-sounding track, they’re dropping each other’s names – he calls her “Liv” (barf) – and making that banter cornier than that Sir, I Wanna Buy These Shoes For My Mama song. Travolta’s “oh gosh, I really do have to go” line sounds less like a farewell and more like he’s ready to drop some poops. It’s hard to even take them serious on “Silent Night,” which isn’t half bad; Olivia’s voice is still pretty and pleasant, and even Travolta doesn’t sound like he’s still wearing Edna Turnblad’s Hairspray muumuu. But gosh, a children’s choir – of course! “Rockin’ Around the Christmas Tree,” featuring Kenny G for max cheesiness, has Travolta in Elvis mode. The booze really takes over when they get to “I Think You Might Like It,” a rollicking soft-rocker that’s being billed as the sequel to “You’re the One That I Want” from their Grease days. For better or worse, at least it sounds like a Danny and Sandy song. Will you like it? They think so. The album’s an Ugly Christmas Sweater Party full of nostalgia and awesomely bad moments – but it’s hard to tell if they’re in on the joke. They bring in some pretty serious talent: Tony Bennett, James Taylor and Barbra Streisand. Let’s hope Babs has a healthy sense of humor.

Cee Lo Green’s more nice than naughty – remember when he wrote a whole ditty to cuss-out that heartbreaker? – now that he’s got the Muppets and Jesus onboard for one of the best Christmas albums in years. Green’s life-size personality works to his advantage when it comes to bringing the holiday cheer: songs that are recycled every time this year are picked up off the ground and resurrected with spirit, freshness and the jolly teddy bear’s velvety croon. When everyone from En Vogue to the Olsen twins have covered “What Christmas Means to Me,” what does he go and do? Shows them how it’s really done. His boisterous remake sleigh-rides on a thumping bass line, with girl-group harmonies, that sounds every bit signature Cee Lo: big, bright and bubbly, even a little retro. It’s so good, actually, that it’s hard to imagine the classic existed before him. What he does with “White Christmas” is even more remarkable: The song’s got an old-soul feel, but hits a key change that catapults Green’s voice to the North Pole. Christina Aguilera could learn something from the no-frills delivery of Cee Lo’s “Mary Did You Know?”; she forgets that less is more on their “Baby It’s Cold Outside” duet. Cee Lo sounds better alongside Kermit (no, really: the frog) on a song that works in the Muppets with a love-trumps-all theme. Is singing with the Disney bunch a risk? No – for an artist that’s as animated as a Muppet, it’s a hoot. He has a better shot at failing a Joni Mitchell or Mariah Carey cover, but pulls off “River” and “All I Want for Christmas Is You” like he’s got some magic of his own.

Leave it to Tracey Thorn to make “the most wonderful time of the year” a holiday that has more in common with an episode of Six Feet Under: depression, death and getting so drunk nothing matters anymore – this is what Christmas means to her. The Everything But The Girl frontwoman’s unexpected entry in the holiday-music domain features two songs she wrote: the piano-led “Joy” holds onto hope despite feeling the Christmas blues, while the title track is what love does to someone who was once “looking down the barrel of a gun.” The tune, “Tinsel and Lights,” is like watching snowflakes cascade outside the window – there’s a gentleness to the way her voice works over the ambling arrangement. The rest of the songs are covers of lesser-heard carols: she makes Dolly Parton’s great “Hard Candy Christmas” her own little gem of optimism through tough times; does Stephin Merritt’s liberation-for-the-brokenhearted, “Like a Snowman,” originally written for drag-duo Kiki and Herb’s Broadway show; even Randy Newman’s “Snow” shows up to reminisce on wintertime memories. “Sister Winter” is Sufjan Stevens’ heartfelt song about the isolation caused by loss, and Thorn’s melancholy lilt, easing into the breathy eeriness of her upper register, translates that experience – it’s clear she knows the feeling. Tinsel and Lights might not be at all what the title suggests: There’s nothing bright and shiny about this release – and there doesn’t have to be. But like Over the Rhine, Tori Amos and other artists who’ve stretched the Christmas album concept into more than just a joyful celebration of Jesus, Thorn’s addition is a real gift.

Gay Rocks to raise money for The Trevor Project 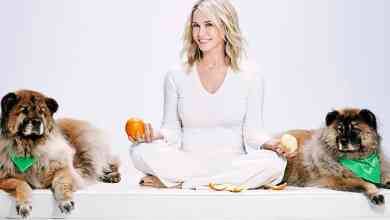