Glenn Reynolds, a law professor at the University of Tennessee and writer of what many call one of the most popular conservative blogs known as “Instapundit,” is not conservative enough for the Utah County Republican Party because he is not anti-gay.

Reynolds said he had been invited to speak at the party’s annual $60-a-plate Lincoln Day Dinner in February, but was deemed “too controversial” because he is not against gay rights. The dinner, according to the county party’s website is organized to celebrate “the history and values of the Republican Party.”

Reynolds announced through Twitter, “Just disinvited from speaking by @UtahGOP because my support for gay rights makes me ‘too controversial.’ Er, okay. #BigTentorTeepee?”

He posted on his blog soon after:

So, over the years I’ve often said that in my ideal world, happily married gay couples would have closets full of assault weapons.

You’d think that right now, with all the gun-owner-hating going on, that the second half of that statement would be the controversial part. But you’d be wrong. I was just disinvited from a scheduled speech by the Utah County, Utah GOP because — after a special meeting to discuss the subject — I was deemed “too controversial” because of my support for gay rights. Er, okay.

Having an unpaid speaking gig (which I seldom do anymore) canceled is no hardship. And people are welcome to believe what they want to believe, and invite whom they want to speak — but as the GOP looks at why they’re viewed as intolerant, well, this kind of thing might be part of it. “Big tent” or teepee? Your choice.

But future inviters be warned: While I take a live-and-let-live view toward social conservatives, I’m not one myself. Take it or leave it.

Reynolds does not consider himself a conservative, but rather more Libertarian.

Fellow GOP Libertarian, Doug Mataconis, said the Republican Party has been moving away from the concept of the “big tent” since the words were spoken by Lee Atwater. Atwater, a GOP strategist during George H.W. Bush’s 1989 presidential bid, said, “Our party is a big tent … We can house many views on many issues. Abortion is no exception.” It is believed Atwater borrowed the phrase from Democratic House Speaker Thomas “Tip” O’Neill, who used it to praise the Democratic Party in 1975.

“The ‘Big tent’ that Lee Atwater once famously spoke of no longer truly exists. Dissenting from perceived orthodoxies, or indeed daring to say even the slightest praiseworthy thing about the President or some other Democrat, gets one branded as a “RINO.” There are some parts of the country, no doubt, where support for gay rights wouldn’t be a problem for local GOP organizations — states like New York, New Jersey, Illinois, and California come to mind most immediately — but in the areas now commonly thought of as the heart of the GOP? Hardly. I’d expect the same reaction from a Republican group in Alabama, Idaho, or South Carolina,” Mataconis wrote.

Other conservative bloggers are rolling their eyes at the decision as well.

“Why should they be afraid of listening to someone who thinks otherwise, especially if that person agrees with their positions on a whole host of other issues?” asked The Atlantic’s Conor Friedersdorf.

The Utah County Republican Party passed their platform last year which echoes Utah’s Amendment 3: “We believe that marriage consists only of the legal union between a man and a woman and that no other domestic union should be recognized as a marriage or given the same or substantially equal legal effect.”

David Acheson, chairman of the Utah County GOP, says that Reynolds was never invited to speak at the event. He says that official invitations have not been made to any potential speaker.

“No one in leadership, not in the steering committee, not in the central committee or the executive committee, has approved any invitation to anyone for the dinner,” Acheson told the Daily Herald.

Acheson said he plans to speak with Reynolds to discuss the mishap. 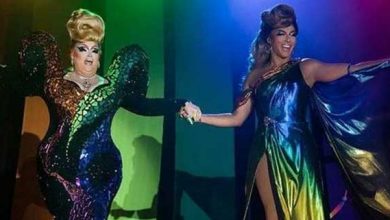 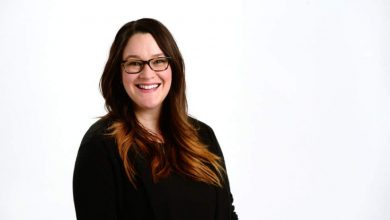