“Parents may still use the library’s normal procedures to prevent their children from checking out particular books without removing those books altogether. I’m glad the school understands they made a mistake when they took the book off the shelves,” said Tina Weber, the mother who filed the challenge. “A small group of people shouldn’t be able to impose their personal values on everyone else by taking away access to books they might disagree with. It’s not their job to decide what my kids can read – that’s my job as a parent.”

In Our Mothers’ House, by acclaimed childrens’ author Patricia Polacco, was initially placed in the Easy Reading section of Windridge Elementary School in Davis County. After some parents complained the book was inappropriate, the school district instructed librarians to put the book behind a counter and to lend it only with written permission from a parent. This decision also applied to the three other school libraries with copies of the book.

The lawsuit argued that including books in the library depicting families with same-sex parents does not constitute endorsement or “advocacy of homosexuality,” which is banned by current Utah sex education law.

The ACLU now hopes to reach an agreement with the school district to ensure that similar books are not improperly restricted.

“The library should be a place where students can be free to learn about the world around them,” said John Mejia, legal director of the ACLU of Utah. “That can’t happen if a book is kept behind the desk, leading students to believe that there’s something wrong with it. We’re glad the school has removed that stigma. Now we just need to make sure that this does not happen again.”

Polacco was inspired to write the book after attending a school assembly where a girl with same-sex parents was not allowed to read an essay about her family because a teacher said she didn’t have a “real family.”  The Davis School District does not censor any of Polacco’s other books, which focus on families of different backgrounds and cultures.

“Children with same-sex parents shouldn’t be made to feel like their families are something to be hidden away,” said Joshua Block, staff attorney with the ACLU Lesbian Gay Bisexual and Transgender Project. “Davis County schools include kids from all kinds of families, including ones like the family depicted in this book. We’re glad the district recognizes this book’s place is out on the shelves, not out of sight.” 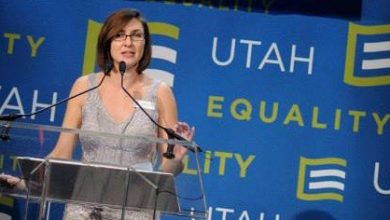 One of Utah’s Finest: Brandie Balken to leave Equality Utah 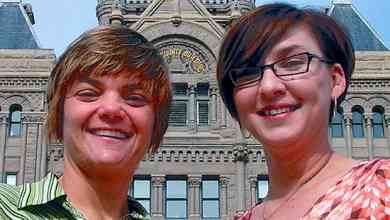