Two bills have been filed with the Wyoming State Legislature sanctioning same-sex unions. The first is an all-out gay marriage bill and the second, a civil unions bill.

Openly lesbian Democrat Rep. Cathy Connolly, of Laramie, filed both bills this month and has solicited four Democratic cosponsors, Reps. James Byrd and Mary Throne of Laramie, Sens. Bernadine Craft of Sweetwater and Chris Rothfuss of Laramie and to the surprise of many, four Republican cosponsors, Rep. Keith Gingery of Jackson, Rep. Ruth Petroff of Teton, Rep. Sue Wallis of Campbell and Rep. Dan Zwonitzer of Laramie. Another Republican, Rep. Ruth Ann Petroff, also of Jackson, has also expressed support of the measures. All three would rather see the full gay marriage bill move forward, but hope that a backup would be supported if marriage is not.

“We’re the Equality State. I think it’s important for us to stand up to our moniker,” Connolly said in a statement.

“It’s a basic human rights and fairness issue,” Petroff told the Jackson Hole News & Guide. “It’s a basic constitutional issue. There should just be no reason why same-sex couples shouldn’t have the same rights as everyone else.”

CO-sponsor Gingery is the chair of the Wyoming House Judiciary Committee, which will first see the bills to determine if they will be debated by the full House. He said the issue poses a legal problem that state officials need to resolve.

“The population of gay couples in the state is increasing, and the law is not very clear about what rights they have,” he told the News.

This will be the fourth time the Wyoming Legislature will have debated faced the gay marriage issue. It has not yet passed in any form.

The marriage bill, House Bill 169, would define marriage as a civil contract between “two natural persons,” rather than the current wording, between “a male and a female person.” If it becomes law, the wording will simply open the rights of marriage to all couples, including same-sex couples.

The civil unions bill, House Bill 168, would set up a new legal framework for domestic partnerships for same-sex couples to “obtain the rights, responsibilities, protections and legal benefits provided in Wyoming for immediate family members.” These domestic partnerships would be granted all benefits, rights and responsibilities of a spouse under all state rules and laws.

Gingery hopes the debate this year will be different than previous attempts, noting there are many new legislators this year, many of whom have direct connections to same-sex couples.

“It’s hard for anyone to be against gay marriage when there’s a face to it and that face is a friend or relative,” Gingery said. 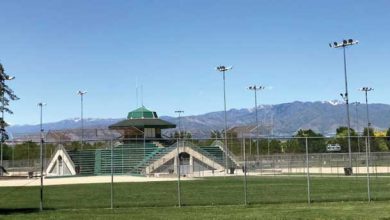 Emperor to Run for Treasurer 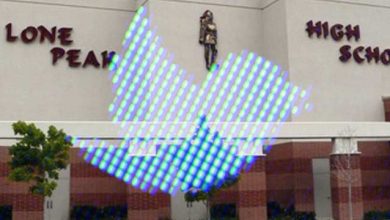