The road to Nevada is fraught with danger and excitement.

I was required to make a business trip to the center of nowhere in Nevada on the day of that recent big snow storm the weather service named Gandalf. I prepared for the trip by loading Queertanic II — my 1996 Cadillac land yacht — with all the necessities any self respecting queen would need to travel in style and comfort. The trunk is large enough to hold a week’s supply of captive twinks, so it barely meets the minimum requirements sufficient to haul the essentials of my make-up and wardrobe.

I donned my fur-lined bra with battery operated heaters and strobe lights, opera length driving gloves and leopard print snow boots as I headed into the wild, wild west.

As I crossed the state line into Wendover, Nev., Gandalf enveloped Queertanic with a snowy force strong enough to live up to the might of the namesake wizard. Powering forward, it was necessary to remove one of my boobs and place it on the roof of Queertanic to act as a beacon strobe light so that passing snow plows could avoid a collision. I fastened the other blinking boob on the front grill to light the way like Rudolph. I was stuck driving at 30 miles per hour for the next 320 miles.

On the return trip, after 10 hours of tense, white-knuckled driving, it was now well past dark and, as I passed the rest area at Pequop Summit between Wells and Wendover, my body was overcome with the overpowering urge to purge. The feeling was unbearable and I could not possibly wait until I got to Wendover. Sadly, this particular rest area was equipped only with out-house style facilities, unbefitting a queen of my stature and grace. As undesirable as the outhouse was, I could not wait. I stopped and, with clenching butt, tramped through about three-feet of snow to the outhouse. There were no lights, so I was forced to use a small rhinestone-studded flashlight attached to Queertanic’s key chain in order to see. Inside the cold, dark abyss, I saw that about six-inches of snow had blown in through the air vents and covered the stainless steel toilet seat. In a panic, still clenching my butt cheeks, I brushed the snow off the seat. Timidly, I pulled down my pants and exposed my jewels to the frigid air. Damn, why couldn’t this just have been just a number one?

Fearing my cheeks might freeze to the metal seat, I devised a scathingly brilliant plan. I would straddle the seat and perform an airborne bombing raid which would prevent the necessity of direct cheek-to-frigid-steel contact. With all the grace of an elephantine ballet dancer, I removed my pants and underwear, thereby freeing my legs to spread, being careful not to let my stocking feet touch the cold, snow-covered cement floor as I stepped out of and back into my shoes. I assumed the position. Midway through the first grunt, my left shoe slipped on the snow covered floor, I lost balance and, due to years and years of conditioning, my heels reflexively flew up into the air — but not in that good way. I fell, full-force, onto the frigid metal, dropping the flashlight and key chain down into the mucky abyss below. I shrieked like a screech owl at a pitch so high that only bats could hear. In panic and disbelief I stared into the hole. The keys and flashlight were clearly visible, but beyond arm’s length. Fortunately the cold temperature had forced the fetid mass of poop and pee to be more solid and less stinky than usual.

What to do now? I still had to go. My insides were in fact in pain. Pressure was continuing to build up like a volcano, but I did not want to bomb my keys. They were the only set I had to Queertanic and I would somehow need to retrieve them, in order to be able to proceed home, lest I perish in the freezing outhouse. I peeked out the door, nobody else was around. Quickly I exited the room bare-assed as the day I was born, into the stormy weather and dove into the neighboring stall, hoping to perform the aerial bombing maneuver out of direct range of the keys.

The gentle glow of the flashlight illuminated my blue-from-the-cold, full moon with back-light from below. Spielberg couldn’t have lit the scene any more dramatically. Once again I assumed the position and blessedly, plop-plop, whiz-whiz, oh what a relief it is!  With that immediate problem solved, I could now concentrate on the retrieval of my keys.

I needed a wire hanger. Damn! I had gotten rid of all my wire hangers at my last Mommie Dearest party. So, I fastened one of my boobs to the end of the snow scraper with duct tape. I lowered it into the pit of doom and used the magnets, which usually fasten my interchangeable nipples, as a boob-bobbing for booty. Upon lifting the keys out of the sewage, I took them outside and flung them into a snow bank to try and purge the poo. After a subsequent treatment with nail polish remover and handy wipes, I returned, shivering from the cold into the warm embrace of Queertanic to continue home.

4.         Must I retire the bobbing boob or will treating it with Febreeze suffice?

The Tale of Stripping Studs 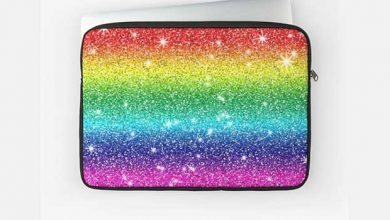 The tale of a silent scream 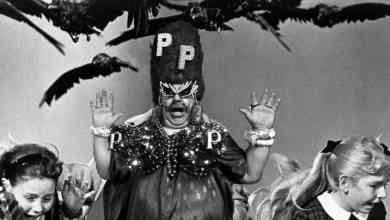