Local disc jockey Chris Barnes is a staple in Utah’s gay music scene. He’s a local Billboard DJ and is featured in nearly every major gay nightlife event in the city. We spoke with the sexy and talented DJ Chris B to learn about his start in music, inspirations and what he finds sexy in a man.

How did you get started as a DJ?

Since I was a young teenager I recognized I had passion for electronic dance music. I have danced countless hours in clubs, seen many DJs, and been to several events. I always knew I would become a DJ someday. After fulfilling some other goals in life I pursued my dream. I teamed up with one of my favorite local DJs, learned the technical side, acquired my own equipment and I began my journey. After making several mix sets and promos I got my first shot to DJ at a nightclub here in Salt Lake City at Club Edge (now Club Metro) mid-2010. Since then, it has been the ride of a lifetime and something I wouldn’t trade for anything!

Who are your musical inspirations?

Other DJs, of course. My favorite is Tiesto. He is like the Madonna of electronic dance music, in my opinion. I respect and admire David Guetta as he has taken an underground scene and turned it mainstream. I also respect any other DJ who can play to a crowd and create the right energy for that given night. It’s not always an easy task.

How would you describe your style and music?

The reason why I gravitated towards dance music when I was young was because it made me happy and put me in a good mood. The music I play makes me happy. I would describe my sound as high-energy, upbeat, progressive electro-house fused with some circuit house.

You’ve taken some time from the scene for some personal health issues. How are you doing and when can we expect to see you at the clubs again?

Late in August 2012, I became ill and was diagnosed with lymphoma cancer. The past four months I went through intense chemotherapy. I am happy to say that I have responded very well to the treatment and am getting stronger every day. I hope to DJ again in February. I can’t explain in words what it will mean to me to be able to DJ again, I can’t wait!

What is your guilty pleasure music?

It’s so far from dance music, but Broadway musical scores. I love to listen to and sing to the music from Les Miserable or Phantom of The Opera, as well as a few others. Of course I do it when I know one is around because I do not have the best voice.

What do you find sexy in a man?

I like a nice butt, a cute smile and a funny personality goes a long way.

Who is your celebrity crush?

That’s a hard one, no pun intended. Can I pick a few? Mark Wahlberg for his body and accent, Chris Pine for his face and Jake Gyllenhaal for his, well… everything. 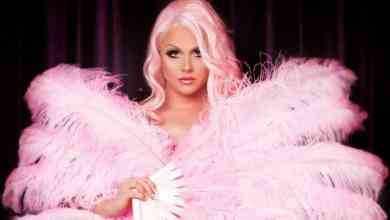