The Utah Pride Center announced today that it will file an amicus brief with the U.S. Supreme Court on two pending cases — the Defense of Marriage Act and California’s Proposition 8. The group has retained former United States Attorney Brett L. Tolman, a George W. Bush appointee, and Utah Democratic Lawyers Council founding board member Paul C. Burke to draft and file the brief.

“This amicus brief is an important step for our community,” said Utah Pride Executive Director Valerie Larabee at a press conference. “This is to support those struggling in [Utah] communities where our lives are misunderstood.”

Burke said that the brief will describe a system of discrimination set up in the state of Utah which throws obstacles in the path of gay and lesbian citizens in every stage of life.

Leaders chose to announce the brief on the day that, in 1996, the Utah State Senate met behind closed doors to find obstacles to the formation of a Gay-Straight Alliance at East High School.

“In the seventeen years since the state senate met illegally to try to thwart high school students from meeting to promote tolerance and acceptance, the State of Utah has constructed a comprehensive system of legal discrimination that profoundly impacts LGBTQ citizens and their families,” Larabee wrote in a statement. “The State of Utah has enacted laws that purposely raise obstacles that make it harder to start a Gay Straight Alliance at a public high school than to start a legal corporation in the state of Utah; that demean LGBTQ teens and their families by treating them as lesser than their straight peers; that prohibit same-sex couples from adopting children in need of loving homes; and that deny loving couples the right to marry.”

Burke said the main thrust of the amicus brief will be to tell the Supreme Court to “please read the ultimate issue of equality” when considering the cases.

“If they don’t get to the ultimate issue of equality, we will continue to have states with a patchwork approach [to LGBT equality] across the country,” Burke continued.

Last night was the deadline to get permission to file an amicus brief. It is unknown if other Utah organizations or the state itself have also applied. 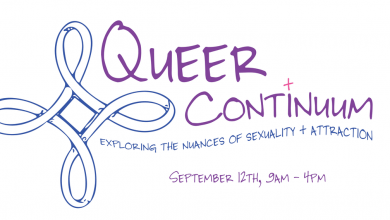