For a Good Time, Call … keeps the dirty-girl trend going with a sweet/sexy story of two college foes – they hate each other because of a urine spill oopsy – who bond once they launch a phone-sex operation. Justin Long is their gay bestie who’s responsible for their loathed reunion, while Kevin Smith and Seth Rogen make cameos as turned-on callers. The cheeky-good ’80s throwback, though, is all about Lauren and Katie (Lauren Miller and scene-stealing phenom Ari Graynor) and how they get over their hang-ups, and it’s done with more charm and faux lesbianism than you’d expect from a filthy flick about phone wanking. Special features include an amusing screw-off commentary with Miller, Graynor and out director Jamie Travis examining very important elements of filmmaking (i.e. Ari’s “lesbian outfit” and female pee positions). Check out the deleted scenes, too, for a fun dildo fight.

Keep the Lights On

“Gay film” doesn’t have to be the routine coming-out drama or inflated vanity project, as 2011’s Weekend demonstrated with its understated romance about a bittersweet gay fling. Now we have further proof that queer cinema can overcome such triteness: Keep the Lights On, a four-time Independent Spirit Awards nominee, is an explicit and sensitive exploration of love – and the burdens that drive us out of love – inspired by director Ira Sachs’ own past relationship with literary agent Bill Clegg. Sachs’ very personal story is conveyed through long-term boyfriends Erik (Thure Lindhardt) and Paul (Zachary Booth), a crack addict who up and leaves his partner without any mention of his whereabouts. Years of this flightiness, and a particularly tragic scene in which a meth-influenced Paul screws a stranger in front of the partner he seems to have forgotten about, unravels with rawness and devastating reality. That authenticity is palpable in large part because of Lindhardt and Booth’s subtly powerful performances. Extras are abundant: a making of, Sachs commentary, audition clips and some sexy deleted scenes.

One of the most under-recognized films of last year involved Gina Gershon’s bush, sexually abused fried chicken and a plot so unbelievably bizarre it makes A Clockwork Orange look like a Disney flick. Matthew McConaughey as the electrifyingly creepy Joe, a detective who moonlights as a hit man, leads an ensemble of unhinged performances in this hardcore stage-to-screen dark comedy from William Friedkin (director of Al Pacino’s gay thriller “Cruising”). Joe’s latest kill involves murdering a woman so her deadbeat family can inherit the life insurance to pay off drug debt. Things go wrong. People die gruesome deaths. McConaughey shows more skin than in Magic Mike. It all comes to an absurdly crazy head so disturbing that if any film deserves its NC-17 rating, it’s this one. Aside from the film itself, the other real thrill here is hearing Friedkin’s insight and rambles during the commentary.

No wonder Sarah Palin didn’t approve of Julianne Moore’s uncanny take of the Alaska governor in HBO’s drama Game Change: as if Palin hadn’t already made herself look bad, Moore’s portrayal takes bad to a whole new level with diva tantrums, cattiness and an embarrassing level of political stupidity. But this isn’t a Tina Fey impression; Moore, who deserves every award she’s won for this role, taps into Palin as a human, not a cartoon. This is Moore’s movie, but Ed Harris and Woody Harrelson both deliver fine performances as McCain and his strategist Steve Schmidt, respectively. Sarah Paulson, though, is also quite a revelation. Interview footage with Anderson Cooper and Katie Couric is cut into this political soap opera, but it’s really the backstage bits that reveal, much to our amusement, why the McCain campaign was a failure. Two short featurettes – one focused on the book, the other a presidential how-to – are included.

Imagine Toy Story, just with a grown man and his boozy, sleazy and sailor-mouthed teddy bear, instead. If there was a Woody in this hilariously crude dude-comedy, it’d be between Ted’s little legs. Family Guy creator Seth MacFarlane voices the stuffed animal, a childhood friend of John Bennett (Mark Wahlberg) who just never went away. Now John’s an adult with a big person job and a big person girlfriend (Mila Kunis), and Ted’s still hanging around like they never grew up. Together, they’re an unruly pair of pot-smoking/gay-mocking buddies. But this isn’t just a tasteless gag flick that’ll have you laughing like a big idiot when Kunis cleans up poo or Ryan Reynolds shows up in a gay cameo. When a kidnapping plot threatens Ted’s existence, slipping into more sadistic territory than any movie about a stuffed animal ought to, how can you not feel sad? I did. I even cried. The bloopers aren’t bad, but listening to MacFarlane’s dirty riffs during the alternate takes is much funnier. Also, that bear brawl, where Ted flogs Wahlberg’s bare bottom, rightfully gets its own behind-the-scenes feature.

To Rome with Love

Poor Italy. It was better served in Diane Lane’s picturesque romance Under the Tuscan Sun than in this, Woody Allen’s dumpy career-low To Rome with Love, where setting has little to do with the director’s awfully bland connect-the-dots style of trail-mix storytelling and exhausted postcard realism. One of cinema’s most unpredictable bad-then-good-then-bad-again filmmakers – he’s either right on (Match Point) or way off (Scoop) – casts Alec Baldwin, Ellen Page, Penélope Cruz and Jesse Eisenberg and does absolutely nothing with them. What a letdown after Allen made one of many career comebacks with Midnight in Paris, which was charming and whimsical. Basically everything To Rome with Love is not. There’s a lot going on, but almost none of it’s interesting – and almost all of it’s boring. It’s a cobbled mess of meandering tangents and a wasted ensemble cast (poor Greta Gerwig). With just a short doc on the Rome shoot, the bonus features are as disappointing as the movie. To Rome, with hate. 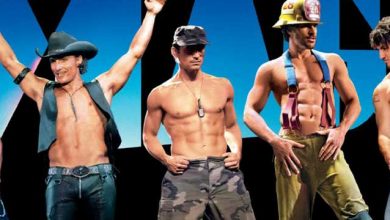