Te’o hoaxer admits to being gay

The man behind the Manti Te’o fake girlfriend scandal admitted to being “confused” about his sexuality. Ronaiah Tuiasosopo told Dr. Phil that he was in love with Te’o and that’s why he created the persona. Te’o was a linebacker for Notre Dame and a runner-up for the Heisman Trophy. Throughout last season he spoke of a girlfriend who became ill and eventually died. However, the girl never existed but was instead Tuiasosopo, who says he’s a devout Christian and is trying to “recover” from his homosexuality.

“It takes a lot of courage to recover from homosexuality and this type of thing and coming back to your real life. As hard of a task it is, I’m going to do all I can to live right,” Tuiasosopo said.

Te’o admitted to being duped and misleading the public in some ways. But he adamantly denies being gay himself.

Two San Francisco 49ers players denied their involvement in making an It Gets Better video, despite their video going viral. Linebacker Ahmad Brooks and nose tackle Isaac Sopoaga were asked about anti-gay statements made by a teammate and denied ever being involved in the anti-bullying public service announcement. Although they are two of four players to appear in the video that is viewable on YouTube and hundreds of websites, Brooks and Sopoaga told USA Today that they didn’t make the video.

“This is America and if someone wants to be gay, they can be gay. It’s their right. But I didn’t make any video,” Brooks said.

USA Today then told Brooks that they had the video they could show him.

“I don’t remember that. I think if I made a video, I’d remember it,” he responded.

Only after playing the video did he admit to his involvement but insisted he didn’t know it was for gay teens.

Tennessee Sen. Stacey Campfield is re-launching his efforts to ban teachers from even mentioning homosexuality in schools. But his new bill includes a provision that would require teachers and counselors to tell parents if their children are gay.

The bill was originally introduced last year and cleared the Senate but died in the House. The bill banned all teachers from discussing homosexuality in sex education courses in classes between kindergarten and the seventh grade. The bill lost traction when lawmakers were told there were no sex education courses before the eighth grade. Campfield is reinforcing his efforts in what he calls an attempt to protect families.

3 charged with assault in anti-gay attack

Three people have been arrested and charged for attacking a gay couple outside a Chicago bar. On Jan. 6, the unnamed victims left Time Out Sports Pub and looked for a cab. Susan Patton, 31, allegedly threw a drink at the gay couple and a female friend. When the three victims tried to walk away, Patton and two other men, Stephan Bolt, 31 and Christopher Miner, 30, allegedly began punching and kicking the two men while shouting anti-gay slurs. Police are unsure what prompted the attack or if the assailants knew their victims. All three were arrested and face charges of assault.

One of the major backers of anti-marriage equality campaigns is facing serious financial woes. ProtectMarriage is defending Proposition 8 in the court system and for the third consecutive year, the group is reporting a financial shortfall. It is asking donors for $700,000 to make up for lacking funds to pay for its battle to keep a ban on gay marriage in California.

“Unless the pace of donations starts to pick up right away, we could soon be forced over a financial cliff,” the group emailed to donors.

Diminishing donations also means the anti-equality crowd has less to spend on state battles—like those they lost in Maryland, Minnesota, Maine and Washington State.

Straight men are more likely to be stressed than their gay counterparts, according to a study published is Psychosomatic Medicine. According to the study, gay men and women were less stressed and faced less anxiety after coming out. It also found that heterosexual men had higher-than expected systemic stress than all other groups.

The study speculated that, because indexes for stress include measures of body weight and fat, it is possible that gay men focus more on maintaining thinness and muscularity than straight men.

Wharton reaches out to queer students

The Wharton School, one of the nation’s top business schools is reaching out to the queer community and trying to improve school diversity. The school is improving diversity policies, anti-bias policies and making a concerted effort to attract queer students and teachers.

“We were looking to have sexual orientation mentioned a few more times and… we wanted to have gender identity added as a form of diversity,” said Frank Wolf of the Wharton Alliance, a pre-professional organization for LGBT students.

A New York man was discovered dead in his apartment and police suspect his killer may have been someone he met on a gay hookup site. David Rangel, 53, was found strangled to death in his home in Queens. Investigators removed a computer from the school teacher’s apartment where they found the information about his online dating.

For tips about how to stay safe while dating online, go to the Anti-Violence Project’s website at avp.org.

The Republican-controlled Wyoming House of Representatives blocked a bill that would have allowed legal domestic partnerships in the state. In a 25–34 vote, the House rejected the legislation, making it the first time lawmakers in the Equality State voted on a measure related to marriage equality. The bill faced a difficult committee hearing where opponents argued the domestic partnership registry would harm the moral fabric of the family. A measure to pass full marriage equality was also proposed but was not considered by the House.

National Organization for Marriage President Brian Brown receives a $500,000 annual salary, according to tax forms. Activist and former presidential candidate Fred Karger attempted to retrieve all tax forms from the organization but was denied access. However, he was able to recover other tax documents and found that Brown is paid nearly a half-million dollars for leading the organization that opposes marriage equality measures around the nation. 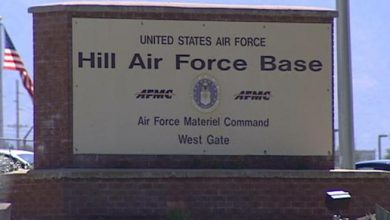