“Clearly, we’ve come a long way in educating people about HIV and AIDS. Yet among certain populations, HIV and AIDS is on the rise, and that’s alarming. We conducted this study as a result of a seeming correlation between an increasing use of mobile social networking apps designed for men to meet each other and an increase in HIV infections among (men who have sex with men),” said Freddy Molano, assistant vice president of HIV programs and services at CHN.

According to the CDC, there are nearly 2,700 people living with HIV/AIDS in Utah. However, the CDC also estimates that approximately 20 percent of those infected are unaware of their status.

“We must address the complicated psychological, emotional, and behavioral variables that come into play during sexual encounters and that predispose target population to barebacking,” Barucco said. “Otherwise, the number of new infections among young gay and bisexual men will likely continue to rise.” 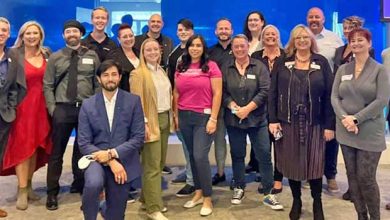