Davis School District officials agreed to keep a book about a family with same-sex parents on the shelves of elementary schools. The agreement settles a lawsuit filed by the American Civil Liberties Union and the ACLU of Utah on behalf of a mother with children in the district that had remained pending after the book’s return. District officials had already agreed to put the book back on school shelves after having it removed.

“I am happy that all parents will now have the chance to make their own decisions about their own children,” said Tina Weber, the mother who filed the challenge. “Nobody should be able to tell other people’s kids what they can and can’t read.”

In Our Mothers’ House, by acclaimed children’s’ author Patricia Polacco, was initially placed in the Easy Reading section of Windridge Elementary School in Davis County. After some parents complained the book “normalizes a lifestyle we don’t agree with,” the school district instructed librarians to put the book behind a counter and to lend it only with written permission from a parent. This decision also applied to the three other school libraries with copies of the book.

When the school district restricted access to In Our Mothers’ House, it asserted that leaving the book on the shelves would violate Utah’s sex-education law, which prohibits instructional materials containing “advocacy of homosexuality.” The school now agrees that library books are not covered under the statute and that including books in the library depicting families with same-sex parents does not constitute endorsement or “advocacy of homosexuality.”

“We’re glad that the school agrees that they can’t remove a book from the shelves just because some people don’t agree with its content,” said John Mejia, legal director of the ACLU of Utah. “Children shouldn’t be discouraged from learning about different families or cultures by keeping books behind a counter as if there was something wrong with them.”

Polacco was inspired to write the book after attending a school assembly where a girl with same-sex parents was not allowed to read an essay about her family because a teacher said, “You don’t come from a real family.” The Davis School District does not censor any of Polacco’s other books, which focus on families of different backgrounds and cultures.

“Schools shouldn’t make children with same-sex parents feel as if their families are something that should be hidden,” said Joshua Block, staff attorney with the ACLU Lesbian Gay Bisexual and Transgender Project. “Kids from all kinds of families attend Davis County schools, including families with same-sex parents. We’re glad the school will never again keep books that portray these families out of sight.” 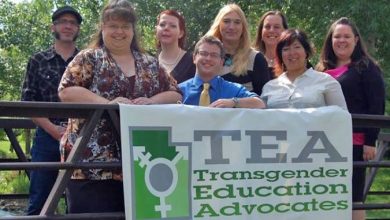 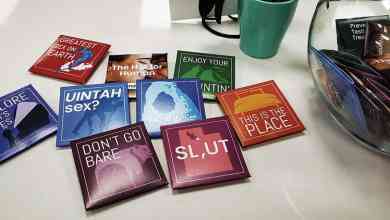