Parents find themselves doing all sorts of activities they never thought in their wildest imaginations they’d do before kids were in the picture. One former neighbor of ours once told me about his experience at a Wiggles concert. He said the words “surreal” really didn’t do the encounter justice.

Well, on any given Saturday, you can find me sitting in the bleachers at the ice rink watching youth-league hockey. It’s not exactly what you’d expect for a member of a community that popularized brunch, but it’s my reality.

To be fair, I like hockey. I went to some professional games when we lived in California, and many of our friend’s league games. In fact, both of the boys’ godfathers are hockey players — one even played in the minor leagues. So, I guess maybe hockey for Gus was unavoidable.

But hockey changes a guy. I don’t know about players, but it definitely changes their parents.  Now that I’m a hockey dad, I understand Sarah Palin a lot more than I did when she was a mainstay on the nightly news. I still don’t get how she thinks she can see Russia from her front porch, but I understand why she seems so agitated all the time.

When the season started, I was very glad to hear the coach tell the parents that in this league that they focus on skills, sportsmanship and character development. I was excited to hear him talk about cheering for all the kids and building them up.

And then the kids hit the ice. True, none of the parents on our team has ever yelled or badmouthed any of the other players. There’s never been harsh words spoken among the parents — and I’m truly grateful for that. But that very first game, I applauded as enthusiastically when the other team scored as I did when our team scored.

Not so much anymore.

I’ve always labored under the hopeful notion that all people conduct themselves in a similar manner. We’ve always tried to instill in the boys a certain degree of decorum when playing sports. Good-natured trash talking is encouraged; poor sportsmanship is not. And seriously, from what I’ve seen, there can be a lot of what I’d consider poor sportsmanship in hockey.

Honestly, before I became a dad, I just assumed that every parent expected their children to act in a similar manner. I know my naivety is charming.

Gradually, watching my kid play hockey, I’ve seen a growing aggression in myself. No, I’m not about to scream at someone else’s kid for a missed goal. No, I’m not going to yell at another parent. But, I have to admit, seeing my kid get intentionally tripped repeatedly — in a league that works to discourage such behavior — really pissed me off. And yeah, I did yell at the referee from my seat.

What I have done is told my son that it’s OK for him to be aggressive back. No, I don’t ever want him to check someone or trip them, but it’s OK to be a little more aggressive when need be. And that’s when I had my epiphany about Sarah Palin. We’re both just a couple of mama bears protecting our kids.

That’s where the comparison ends, but I do understand where she’s coming from a lot better now.

I’m glad Gus plays hockey. It’s something he really enjoys. And I’m learning to balance the realities that come with my son playing a potentially hard-hitting sport and my personal philosophy of decorum. Besides, it beats going to a Wiggles concert, dontcha know. 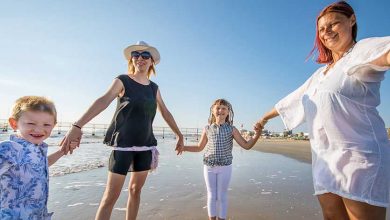 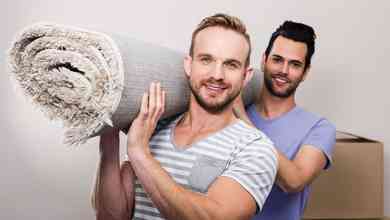