When Jessee Jeppsen started looking for a new job after being laid off, she knew it would be difficult. Although she had a college degree in psychology and nearly two decades of experience as an executive secretary and project manager, she knew the difficult economy would make the job hunt a rigorous process. She just didn’t know how tough it would be.

Jeppsen identifies as trans* and has been living happily as her authentic self for more than 10 years.

“I remember when I told my old employer that I was going to transition from male to female, I received so much support. Of course, that was while I was living in California, but I was shocked at the level of support I received. They let me have time off for recovery and the office sent me cards and flowers. While I was away, the human resources department helped switch all my records to make coming back to work that much simpler,” she said.

But after the engineering firm where she worked went through a restructure, she was let go. With an outstanding array of references and an impressive resume, she set out to find a job as quickly as possible. Bills began to pile up as she faced some health issues and the job search was becoming increasingly fruitless.

“My resume is strong. My experience is solid and I’m a good worker. But when I show up to interviews, it is almost always humiliating,” she said. “I realize that I may not blend in as well as I’d like sometimes. I know that sometimes people look at me and immediately begin to judge me. I just wish they would judge me off of my merits, not whether I wear a skirt or slacks to work.”

Jeppsen has had no shortage of interviews, but she describes a bleak scene for many.

“I was asked to leave immediately after I entered an interview with a marketing firm in Salt Lake City. I could hear them laughing as I walked out in tears,” she said. “Another time I was told my values obviously don’t reflect the company culture. They told me that before they even had a chance to ask me any questions. They take one look at me and think they know me. My resume is strong enough to get me an interview, but when they see me, they don’t want to hire me, just based on the way I look.”

There is little legal recourse for Jeppsen and according to a study by Equality Utah, 67 percent of transgender Utahns report experiencing job discrimination. About 43 percent of gay and lesbian Utahns report a similar experience. Equality Utah also reports receiving four to five complaints each month from LGBT people experiencing discrimination in the workplace. Even if she files a complaint with Salt Lake City or Salt Lake County and the interviewing companies are found at fault, Jeppsen will receive no monetary compensation. Instead, the company will face a fine.

“I looked into filing a complaint and decided it wasn’t worth the stress or the heartache,” she said.

Although nearly 75 percent of Utahns support passing a statewide nondiscrimination ordinance to protect against bias in the workplace and in housing, state lawmakers have stalled all efforts from gay and allied lawmakers.

Equality Utah and Democratic lawmakers will work with Republican co-sponsors to help move the bill out of committee and onto the floor for a debate and vote, said Equality Utah Executive Director Brandie Balken.

“I always feel a great sense of anticipation for the legislative session, and this year I also feel cautiously optimistic,” she said.

Trans* people who are also Latinos and Latinas face even more discrimination on average, according to a 2011 report by the National Center for Transgender Equality. The study found Hispanic trans* people have an unemployment rate of 20 percent and 54 percent report being harassed or sexual assaulted at work. Nearly one-third of respondents reported being homeless at least once.

“I’m not looking for anyone’s sympathy. I am not trying to be an activist. I’m not trying to cause problems. I am just trying to find a job and live a quiet life at home with my kitten and my books. I don’t need pity. I need a job,” Jeppsen said. 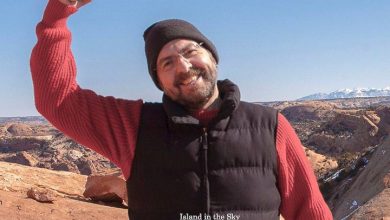