Discrimination against lesbians and gays is but a figment of some overactive imaginations in Virginia so there’s no need for silly laws against it.

So goes the thinking of Virginia Delegate C. Todd Gilbert who made sure a bill to protect LGBT state workers died in committee without ever getting a vote in the state house despite the bill’s bipartisan support in the state senate.

Gilbert, a Republican (shocking, I know), claimed that those in favor of banning discrimination didn’t prove there was a problem with discrimination in the first place. Never mind that in Virginia it is perfectly legal to fire an employee, public or private, because he or she is gay (which is true for a good number of other states, too. Check your local listings). That simply isn’t good enough for Gilbert.

“Among all the people who spoke [at the subcommittee hearing], there was not a single example of one that was discriminated against in public employment,” Gilbert complained. “I challenge those in the room to bring forth an example. I was told the following year that there would be a line out the door of people with examples of having been discriminated against in public employment.”

What? No line out the door of sad sacks who got sacked for what they do in the sack? Then clearly no anti-discrimination bill is needed. And anyway, don’t these gays know how laws work? Things can only be made illegal after they happen. So if, for example, you live in a quaint small town somewhere that has never had, say, an ax murder, then ax murdering is totally legal where you live. After all, making a law against ax murdering would be silly if you couldn’t get anyone with an ax in his or her head to testify at your subcommittee hearing.

“[W]e’ve heard from many people about this specter of oppression that really doesn’t exist because, again we have not a single example of anyone who has been discriminated against for this reason,” Gilbert said.

See? It doesn’t even exist! Because if it did every LGBT person who lives in a state that has no laws protecting LGBT people against discrimination would definitely go testify in public about how LGBT-discriminated-against they were.

Gilbert continued, “There was not a single example anyone that felt that except that abstract fear that we’ve heard testified here today. I heard the gentlewoman today say that Virginia Commonwealth … is this oppressive and intolerant environment. I dare say that’s probably not true.”

Yeah, you tell ‘em, Gilbert. Abstract fear is for losers. And you, being a white and presumably straight male, definitely know what it feels like to be oppressed and have every authority to brush aside the concerns of people who go to work every day knowing that they have no legal recourse should some homophobe want to terminate them all because the state that they live in doesn’t even value them enough to enact laws to protect them against such total bullshit.

It is worth noting that this is the same guy who said that abortion was a “lifestyle convenience” because he is definitely a gentleman and a scholar. I wonder if he has some equally compelling thoughts about racism. 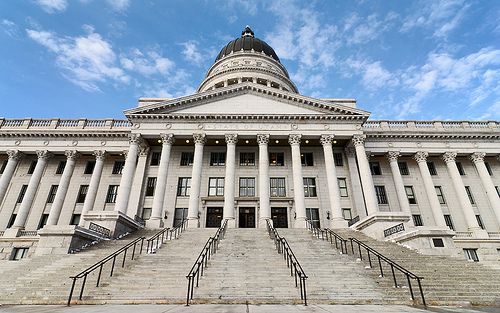