The Roman Catholic Church has announced their new pope, Cardinal Jorge Bergoglio of Argentina. The 76-year-old took the name Pope Francis and is the first pope born in the Americas, the first from the southern hemisphere and the first Latin American chosen for the role.

Bergoglio, while cardinal, strongly opposed Argentina’s legalization of same-sex marriage in 2010, calling it a “real and dire anthropological throwback.”

“Let’s not be naive, we’re not talking about a simple political battle; it is a destructive pretension against the plan of God,” Bergoglio wrote during the debate. “We are not talking about a mere bill, but rather a machination of the Father of Lies that seeks to confuse and deceive the children of God.”

He is also against adoption by gay and lesbian people, calling it discrimination against children.

Bergoglio is also against the distribution of contraceptives, abortion and euthanasia, all of which are inline with Catholic beliefs

The church is also in the news as it has been revealed that an apartment building complex they bought to house Catholic leaders also houses the largest gay sauna, Europa Multiclub. 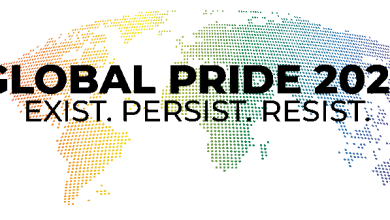