Huntsman comes out in favor of gay marriage

“Today we have an opportunity to do more: conservatives should start to lead again and push their states to join the nine others that allow all their citizens to marry,” Huntsman wrote in an op-ed in The American Conservative. “I’ve been married for 29 years. My marriage has been the greatest joy of my life. There is nothing conservative about denying other Americans the ability to forge that same relationship with the person they love.”

He said religions would not be forced to perform or recognize gay weddings but all American deserve marriage equality.

While serving as Utah’s governor, Huntsman publicly voiced his support for civil unions and full anti-discrimination protections for the queer community.

Colorado lawmakers passed a bill that would create legal recognition and protections for gay couples. The civil union bill cleared the Colorado House and Senate with Democratic and some Republican support. Last year a similar bill was blocked by a Republican-controlled House. Democrats, however, regained control of the House and openly gay Rep. Mark Ferriandino became speaker and ushered the legislation to passage. The bill cleared the house with a 39–26 vote and does not include religious exemptions for adoption agencies.

Shortly after Mormon author Orson Scott Card was announced as a writer for a new Superman series, comic fans called for his ouster due to his anti-gay remarks. Chris Sprouse, the artist on the upcoming Adventures of Superman with Card recently announced he has left the project.

“It took a lot of thought to come to this conclusion, but I’ve decided to step back as the artist on this story,” Sprouse said in a statement. “The media surrounding this story reached the point where it took away from the actual work, and that’s something I wasn’t comfortable with. My relationship with DC Comics remains as strong as ever and I look forward to my next project with them.”

Card’s book has been pushed back as DC Comics works with other, less controversial authors and artists. Card is best known for his Ender’s Game series of novels. Card has vocally supported outlawing homosexuality and “making an example” of those who violate the laws.

The Vatican purchased a complex which houses Europe’s largest gay bathhouse for more than $30 million. The complex includes other amenities, such as a tennis court and laundry facilities. The bathhouse is located in Va Carducci and is part of a 12-room apartment for Cardinal Ivan Dias of India. The bathhouse Europa Multiclub will continue operation and its website says it welcomes, “each and every one of you to exercise you rights to be yourself and live your unique and extraordinary life to the fullest.”

A 34-year-old gay politician was found dead near a Mississippi River levee and police have a suspect in custody. Marco McMillian was running to be mayor of Clarksdale, Miss. and was remembered by friends as a friendly and caring person. Police have arrested Lawrence Reed, 22, who said he killed the candidate after he made unwanted advances. Reed’s sister told police he confessed to her and said he used a wallet chain to strangle McMillian. The FBI is currently investigating the murder as a possible hate crime.

Oregon principal says he was fired because he’s gay

An Oregon principal said he is being let go because he is gay and he’s considering filing suit against the school district.

Tom Klansnic is the principal of North Gresham Elementary School and said the school board voted to not renew his contract because his divorced wife told teachers he is gay. The district has not commented on the situation. But his attorney, Judy Synder said it appears there’s ground for a suit.

”You have a principal who is highly successful who is in the middle of his third three-year contract. Then he comes out of the closet and he is divorcing, and suddenly his work becomes deficient and he is being micromanaged,” Sybnder said.

Students and parents who support Klansnic attended a school board meeting wearing pink.

President Barack Obama signed a renewal of the Violence Against Women Act that included queer-inclusive revisions that congressional Republicans tried to eradicate. The measure includes protections and program funding for the queer community, undocumented immigrants and other minority groups.

“This victory shows that when the American people make their voices heard, Washington listens,” the president said in a press release.

A transgender woman was sexually assaulted by at least three men at a New York City hotel. Police said the 27-year-old woman was in a hotel room with one of the men when she kicked him out after an argument. The man returned with at least two other men and the three preceded to sexual assault the woman at gunpoint. The victim was treated for bruises and abrasions as well as emotional trauma.

Singer Carly Rae Jepsen and the band Train have backed out of performing at July’s Boy Scouts of America Jamboree, citing the organization’s ban on gay members. Jepsen, best known for her hit, “Call me Maybe,” tweeted:

“As an artist who believes in equality for all people, I will not be participating in the Boy Scouts of America Jamboree this summer. I always have and will continue to support the LGBT community on a global level and stay informed on the ever changing landscape in the ongoing battle for gay rights in this country and across the globe.”

A representative from Train released the following statement:

“When we booked this show for the Boy Scouts of America we were not aware of any policy barring openly gay people from participation within the organization. Train strongly opposes any kind of policy that questions the equality of any American citizen. We have always seen the BSA as a great and noble organization. We look forward to participating in the Jamboree this summer, as long as they make the right decision before then.”

The Obama administration filed a brief asking the Supreme Court to support the rights of gay couples in California by ruling Proposition 8 unconstitutional. Dozens of organizations, including the Utah Pride Center, filed briefs for and against marriage equality with the Supreme Court as it prepares to hear arguments in two high-profile gay rights cases.

Hatch: Remark about Gays and Politics Was a Complement 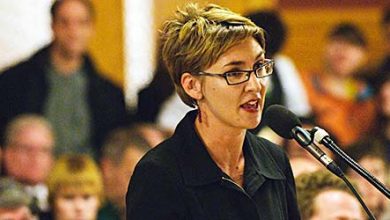