Ogden, Utah activist and volunteer Jackson Carter is being lauded as the first openly gay contestant on NBC’s Biggest Loser. Carter came in third place after he lost 138 pounds and 42 percent of his body weight.

We caught up with Carter to chat about his motivation for going on the show, what it’s like behind the scenes and how he’s handling his new-found fame.

Why did you decide to audition for The Biggest Loser?

I auditioned because I saw it as an excellent opportunity to take control of something I’ve always struggled with: my weight. Back then, I was in a bit of a slump and knew I needed a change. Plus, it would be an excellent opportunity to show the kids I mentor at Ogden OUTreach what you can accomplish when you tackle your problems head-on. So I went to the audition in Salt Lake City and couple months later ended up on the show.

What has been the most surprising/unexpected aspect of your experience?

Probably the thing I least expected to come out of the experience was what an impact is has on all of its viewers. On the show, it’s easy to forget that what we’re doing is going to be broadcast to millions of people around the world. ‘Loser is unique in that it’s not like any other reality competition show. People don’t tune in to watch the drama, they tune in to get motivated and feel empowered to make a change in their life. Since it started airing in January I have been reached out to by people all over the world saying things like, “You make me want to lose weight” and, “My daughter is gay and seeing you on the show has made me come to terms with her sexuality.” I’m just so thrilled that my story is impacting so many people in a positive way.

You’ve spoken with other publications, including The Advocate. When you joined the show, did you think you’d become a celebrity?

Like I said, I had no idea how much people get inspired by the show. People, particularly in Utah it seems, love watching the show and are not afraid to tell me how much they love it. I get stopped everywhere I go by fans wanting to know everything. I’m still getting used to it all, but I’m happy I’m in the media for a good reason.

You’ve been heralded as the first openly-gay contestant on the show. Do you feel pressure from that distinction?

I never really felt any distinction on the ranch because of my orientation. For all my life, I have considered my sexuality a non-issue. But now that people are telling me that they are positively impacted by me coming out to all of America, I’m glad I did it. It’s important to have positive, queer role models in the media and if I can be one of them, I am definitely willing to share my story.

What is the experience like when the cameras are turned off?

Working out all day can be a little boring, but living with the cast was an amazing experience. They are some of the most loving, fun people to be around and I have made friends there that I will have for the rest of my life. Every day is an adventure and I couldn’t have asked for a better cast or crew to work with.

Do you have any advice for other people trying to lose weight?

You are going to try a million things before you find the thing that works. And the sad truth is that the stuff that works for me isn’t going to work for everyone. The advice I would give is never give up!  Keep trying new exercise plans and eating habits until you find what works for you. Also, there’s power in numbers. I wouldn’t have been nearly as successful as I was on the show if it weren’t for the trainers, cast and crew. Find a group with similar goals and work together and hold each other accountable for them. You’ll be amazed at how easy it is to reach a goal when you have a support team.

The bullying started when I was very young (preschool). I was born on an Indian reservation in eastern Utah and was one of only a few white kids in the school. The white kids would get rocks thrown at us and called names. I would go home every day crying because I didn’t have any friends at school. And while my family was very supportive and loving, their solution for any problem was food. Turning to food for comfort became a pattern that proved hard to break which lead to weight gain. After I figured out I am gay in middle school, I really started to fall into a depression. I lived in terror everyday because I was afraid someone was going to find out and hate me for it… or worse. It wasn’t until I found Ogden OUTreach when I really started to blossom. Having a group of queer teens to hang out with and gay men to look up to was exactly what I needed. That’s where I realized that I’m not broken or alone. There are tons of us out there. And now that I am getting my weight under control, I am, for the first time ever, happy with myself.

Did your experiences motivate you to become involved with Ogden OUTreach?

Definitely. OUTreach helped me in more ways than I can count. Because of them, I learned to love myself. They also helped me get into college and to this day, the mentors I had when I was 14 years old still play a huge role in my life. I wanted to pay that forward by becoming a volunteer when I was 18. I am now the volunteer coordinator and a member of the board of directors.

What’s the purpose and mission of OUTreach?

Our mission is to pave the way for happy, healthy lives for LGBTQ+ people and our allies. We operate a youth resource center where teens and young adults can come by on Wednesdays and Thursdays for a plethora of services. We offer a warm meal, cooking and music classes, comprehensive sex education courses, homeless youth resources, bullying and suicide prevention. Name a resource and we either have it or can get it. We also recently partnered with Mormons Building Bridges for the Safe and Sound project; a network of loving LDS homes willing to do emergency intake of youth who are ejected from their homes by their parents. We offer counseling and mediation for the family with the ultimate goal of reuniting the child with their family. But probably the most important thing we offer to the youth is a safe environment where they are free to express and explore themselves. OUTreach is an incredible program and I can’t speak highly enough about it.

Any last words for your Utah fans?

Remember that no matter what you want in life, you can achieve it if you really put the work in. Nothing is out of your limits. And if you see me running around town somewhere, feel free to stop and say, “Hi!” 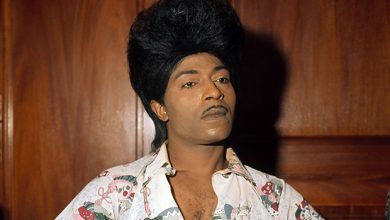 Sundance: ‘Little Richard: I Am Everything’