A father and son are biking a 1,800-mile journey from Idaho Falls, Idaho to the Boy Scouts of America headquarters in Irving, Texas, to protest discrimination against gays.

Dave McGrath, a father of two gay sons and the twin of a gay brother, is biking alongside straight son Joe McGrath, who just returned from an Army tour in the Middle East, to encourage the adoption of anti-discrimination ordinances that would have protected the LGBT community when it comes to jobs, housing and public accommodations.

“We are on a crusade to end discrimination,” Dave told the Idaho State Journal when they stopped Friday in Pocatello to protest the city council’s recent failure to pass a nondiscrimination bill. Three councilmembers voted for the bill and three voted against. The mayor broke the tie by voting no. Dave McGrath chastised the three councilmen and Mayor Brian Blad for casting votes against the ordinance.

“In Idaho there is no protection if you’re gay and a worker,” McGrath said. “If you’re gay and living in an apartment complex or you’re renting a home, they can break the lease and tell you to get out. That’s not fair.”

The pair will reach Salt Lake City on Sunday and will be joined by other bicyclists in a ride around Temple Square. Details will be published on the father and son’s Facebook page.

Dave and his gay twin brother earned their Eagle Scout rank in 1983 and Dave has been a scoutmaster in the U.S. and overseas. When they arrive at the Boy Scout headquarters in Irving, Texas, as the Boy Scouts meet to vote on the proposal to allow gay scouts, but not gay leaders, in their ranks. The duo will either celebrate victory for the change or pin their objections to the door of BSA Headquarters along with David’s  Eagle badge.

The McGraths delivered a petition in support of allowing gay scouts to the Grand Teton Council office.

The pair created a Kickstarter campaign to help cover the costs of making a documentary about their ride. 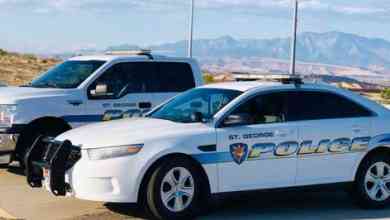 St. George police say man attacked because he is gay