Shortly after inviting a liberal blogger to co-grand marshal of the Utah Pride Parade along with soccer player David Testo, the Utah Pride Center withdrew its invitation due to his criticism of some Mormon Church policies, according to a press release from the center. Joe Jervis is the author and creator of the queer news blog Joe My God and a human rights activist. Jervis was invited by Valerie Larabee, the executive director of the UPC, and later disinvited by her, according to the press release.

Larabee said in a written statement that after an unnamed board member voiced concern that Jervis is too critical of the Mormon Church she decided to uninvite him to the festival in order to appeal to a wider audience.

“I want to own my role in not having the strength to do the right thing and honor our invitation to Joe.” Larabee said. “I couldn’t see my way clear to avoid the conflict that was brewing and I couldn’t sugar coat things with Joe. If anything is to be taken away from this episode in our history I want it to be the tremendous pressures we feel every day to hold our entire community in a place where their opinions and needs are addressed. My integrity may be intact, yet my relationship with Joe and with some others implicated because of my lack of strength is not. “

Larabee said she would not cite or comment on any specific instances of offense committed by Jervis. She also said that she and others are working hard to maintain a relationship with the Mormon Church, its members and Mormon allies.

“As an organization, we celebrate LGBTQ Mormons and our Mormon allies. Last year, we were honored by the participation of Mormons Building Bridges in the Pride Parade. This year, we again welcome everyone to participate in an even larger celebration of diversity and unity in Utah. Please join Grand Marshal David Testo,” the UPC statement read.

Statement of the Utah Pride Center Board of Directors regarding the selection of the Grand Marshal for the 2013 Utah Pride Festival:

David Testo, the first openly gay professional soccer player in North America was the first to be offered and to accept an invitation to serve as grand marshal for the 2013 Utah Pride Festival. The Utah Pride Center is honored to have him serve in that capacity as an inspiration to LGBTQ athletes and youth.   The grand marshal has traditionally been chosen by the Utah Pride Festival Steering Committee. The concept of having co-grand marshals at this year’s festival, as well as any contact with Joe Jervis as a potential candidate, was undertaken solely by the Utah Pride Center executive director. While multiple board members provided feedback, the decision to withdraw this option was made by the executive director alone. The decision was in no way influenced by the Church of Jesus Christ of Latter-day Saints. The Utah Pride Center has worked hard to build a mutually respectful relationship with the church and its members. As an organization, we celebrate LGBTQ Mormons and our Mormon allies. Last year, we were honored by the participation of Mormons Building Bridges in the Pride Parade. This year, we again welcome everyone to participate in an even larger celebration of diversity and unity in Utah. Please join Grand Marshal David Testo at the annual Pride Parade on June 2 at 10:00 a.m.

Fairpark hate crime may have been a roommate dispute 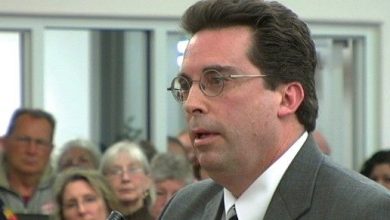