From France, New Zealand and Minnesota to Rhode Island and Delaware, gays everywhere are now legally allowed to tie the knot. Even Brazil is aimed to green-light gay nuptials, the third and largest Latin American country to do so. While these advances would be welcome any month of the year, it feels especially appropriate in May. Spring weddings are kicking off and Pride season is heating up — and what a season it will be. Twelve states and the District of Columbia now have full and legalized same-sex marriage. Although the federal government still does not recognize gay couples as equals, it’s very possible that situation changes this summer when the U.S. Supreme Court announces its decision concerning the Defense of Marriage Act.

We may not be celebrating full marriage equality in Utah this Pride. We aren’t even celebrating a statewide nondiscrimination bill. But there is still plenty to celebrate. This year’s Utah Pride Festival will feature some truly captivating performers from Glee to RuPaul’s Drag Race, and even the mandatory gay diva in Thelma Houston. Bars around the city will feature drag queens, dancers, parties and themed nights. Queer-friendly businesses and homes will fly their pride flags high and Salt Lake City will feel just a little gayer.

Last summer, I was lucky enough to attend Prague Pride in the Czech Republic. Despite having a reputation as a cosmopolitan and atheist country, it was only the city’s second Pride celebration. The streets were lined with uniformed swat officers in full-body armor, waiting for riots to erupt. In place of a parade, however, there were a couple of floats and tens of thousands of queers and their supporters walking through the city’s largest public square. There were no insurance agents, housing vendors, banks or corporate sponsors. The booths at the festival revolved around cheap beer and delicious bratwursts. Booth sponsors included public health information and social groups. It was Pride in its most basic form.

Whether you’re planning on attending every Pride event and party in the city or you plan to watch the festivities on the evening news, Pride is happening in Utah. And we here at QSaltLake would like to wish you the best of the season and hope you and yours are well.

As we celebrate marriage equality advances around the nation, and as we celebrate an ever-growing community, we’d like to thank everyone for supporting QSaltLake and other queer-owned and queer-friendly businesses and charities. And we hope you remember the true meaning of Pride. 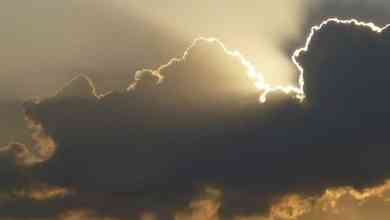