Celebrating Pride in Utah is part of a directive originated in 1969 when the Eastern Regional Conference of Homophile Organizations adopted the motion to hold “parallel demonstrations on the last Saturday in June to commemorate the rebellion on Christopher Street.” The reference to the rebellion, of course, refers to the Stonewall Inn riots in New York City. Utah has celebrated Pride nearly 40 years.

A “Beer Bust Kegger,” sponsored in 1974 by Joe Redburn, owner of the Sun Tavern, was the first attempt at bringing people together to celebrate the emergence of an openly gay community in Utah. More than 200 gay men and women celebrated Gay Pride along the shores of the Great Salt Lake at, what was once known as, Bare Bum Beach.

Over the next three years, Gay Freedom Day was promoted mainly by the Gay Service Committee and the Salt Lake Coalition of Human Rights. The most ambitious promotion was a festival and conference held in 1977, which featured Sgt. Leonard Matlovich as keynote speaker.  Matlovich was an ex-Air Force sergeant and recipient of the Bronze Star and Purple Heart, and also a gay Mormon.

As the heady gay power days of the 1970s began to wane, a fragmented community ravaged by the onslaught of a conservative backlash tried to hold scaled-down celebrations. Without widespread support, the spirit of Pride was kept going by individual groups such as the Tavern Guild and Affirmation.

In 1983 members of the Royal Court of the Golden Spike Empire met to revitalize the true concept of a Pride. Tim Leming, Marshall Brunner, Larry Pacheco and Mel Rohland, among others, formed a committee and put together an event billed as a Basket Social held in Fairmont Park.

Beauchaine was the last chairman during these years and held Gay and Lesbian Pride Day in Pioneer Park in 1986.

In 1987 the newly formed Gay and Lesbian Community Council of Utah took over the responsibilities of Utah’s annual event. Donnie Eastepp, Emperor XII of the RCGSE, was elected chair of the Pride Day Committee. He created a community service award, which was presented to Dr. Kristen Ries for her efforts treating AIDS patients when no other doctors in Utah were willing to do so. The award was established to recognize outstanding service to the gay and lesbian community. Eastepp also moved the location of Pride to Sunnyside Park – where it remained until 1989.

In 1990, on the 21st anniversary of the Stonewall Rebellion, the Salt Lake City queer community held its first Gay and Lesbian Pride March. Nearly 200 people gathered on the steps of the state Capitol and heard speeches from Connell “Rocky” O’Donovan, Becky Moorman, Angela Nutt and Robert Austin. The Pride festival was held at the Northwest Community Center.

Under the direction of Kevin Hillman and his co-chairs, Pride Day expanded, and in 1991 it was moved to the Salt Lake County Fairgrounds in Murray. The 1991 Pride committee added to the festival a pride guide, an art show and contest, sponsored by Angela Nutt and David Thometz, and a Utah Gay and Lesbian Film Festival, created by Marlin Criddle.

They also brought in a nationally syndicated columnist, Dell Richards, as keynote speaker. For entertainment, Lynn Lavner, a lesbian singer performed, with interruption by a contingency of neo-Nazi skinheads who marched into the celebration and were met by Anti-Violence Project founder Michael Aaron. While no violence occurred, it was a tense situation. Dozens of festivalgoers surrounded the skinheads and turned their backs on them, making them invisible to the crowd and, thus, negating the reason they were there. They left after 10 minutes.

O’Donovan’s second Pride march was also disrupted by neo-Nazis who stood on the east steps of the City and County Building taunting the marchers rallying at Washington Square.

The tradition of an annual pride march and rally ended when O’Donovan left Salt Lake City in 1992. No one came forward to organize a third, and it would be two years before Bruce Harmon and Rev. Bruce Barton, along with then-Pride chair Jeff Freedman, stepped forward to reinvent the march and rally, transforming it into something even greater: the Pride Parade.

Pride Days under the direction of the GLCCU transformed the celebration from simply a day in the park to a major annual event where Salt Lake City’s politicians began to attend, and the quality of entertainers and speakers increased.

Freedman, a former emperor of the Royal Court, served longer than any other Pride volunteer in Utah. His vision of Pride encompassed the entire spectrum of the lesbian, gay, bisexual, transgender and straight allies communities. The Pride events of the latter half of the 1990s were thus stamped indelibly with Freedman’s concept that Pride was a community party. He brought professionalism to the job as he endeavored to ensure gender parity. Freedman’s co-chairs were Hale, Carrie Gaylor and Kim Russo.

In 1994 the first parade was organized as the kick-off event to Pride. The late Emperor XV, Bruce Harmon, assisted by his partner Rev. Bruce Barton, established the annual parade that continues to this day. Bruce Barton nearly single-handedly, on his own sewing machine, created the 100-foot rainbow flag that is carried annually in the parade.

In 1996 Freedman, Gaylor and Harmon invited Chastity Bono, daughter of Sonny and Cher and spokeswoman of the Human Rights Campaign’s National Coming Out Project, to be the first grand marshal of Utah’s Gay Pride Parade.

Freedman was instrumental in getting corporate sponsorships for Pride and moving it to downtown Salt Lake City — first to the Gallivan Center and later to Washington Square. Freedman’s last act of the period was organizing Pride Day, Inc. as a separate entity from the defunct GLCCU.

PRIDE IN THE OUGHTS

Unfortunately without the community’s oversight, fiduciary problems surfaced during 2001.

Pride Day 2002 was run by a committee headed by Sherry Booth, with Chad Keller as chair of the parade. Steve Kmetko, host of E! News Live, was grand marshal and the tradition of a Grand Marshal Reception was started. Additionally in 2002, the Community Volunteer, Organization of the Year and the Pete Suazo Political Action Awards were created to recognize contributions to the community. The Utah Pride Interfaith Service was also added.

The 2002 committee tried to rebuild the image of Pride Day, but because Pride Day, Inc., had found itself in serious debt, the committee elected to be absorbed by the Gay and Lesbian Community Center of Utah, a move that generated much controversy in the community because of the secrecy surrounding the move.

The Utah Pride Center has provided direction for the event for the past decade and even changed its name to reflect this. Under the auspices of the former Gay and Lesbian Community Center, the volunteer position of director of Pride Day, Inc., became salaried for the first time in 2003. The same year a Dyke March was added to the annual Pride Day Parade.  Donald Steward was the parade coordinator for three of those years.

In 2004, the Salt Lake City Film Center was asked to curate a series of films during Pride week that reflected the best in gay cinema. The Damn These Heels film festival was held annually thereafter.

2005 saw Pride Day organizers charging a first-time $5 admission fee for the events on Library Square and Washington Square.  This move generated considerable discontent, but eventually provided for higher quality performers at the celebration.

In 2009, Cleve Jones, during a rally at the Utah Pride Festival, called for a March on Washington to coincide with National Coming Out Day and kick off a grassroots campaign for equality in each of the nation’s 435 congressional districts to launch a new chapter in the gay-rights movement.

By 2010 Utah’s Pride Day Parade was listed as Utah’s second-largest parade and, in 2011, more than 100 float entries were listed. 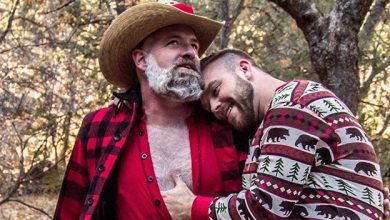 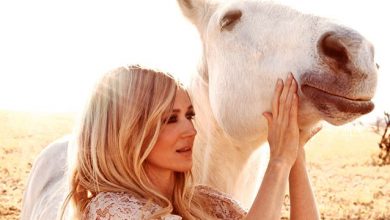 Congratulations, you’re married! Or not…