Before Jersey Shore hit MTV and before Bruce Springsteen hit the stage, four crooners put Jersey on the map. Frankie Valli and the Four Seasons were an international pop sensation and The Tony Award-winning musical Jersey Boys tells the story of how the quartet rose from a humble Jersey beginning to superstardom and international acclaim.

The structure of the show allows each original member of the group a chance to tell his story and take a turn as narrator. Even those that don’t think they’re familiar with the music will start to hum or bounce along to the instantly recognizable tunes as the musical artfully incorporates the Four Season’s anthology into the acts. The four singers impress throughout the evening as they are in near-constant harmony with each other through the entire show.

While the production was very well executed and nary was a note missed, it was Cosgrove as Frankie Valli that stole the show at Salt Lake City’s opening night of the three-week stay. He brought down the house imitating the distinct falsetto of Valli and harmonized perfectly with the other singers. The full-band production value was off the charts and each number filled the theater.

Aside from the outstanding musical productions, Jersey Boys also explores concepts of loyalty, the price of fame and perspective. It’s also not a show for all ages and it contains dug and sexual references, as well as a lot of authentic Jersey language.

Don’t expect show-stopping Broadway tunes with chorus lines and elaborate sets and dance numbers. But all of that would just be a distraction from the fabulous production put on with perfect pitch, stunning melodies and a very enjoyable evening.

Tickets are still available at arttix.org. 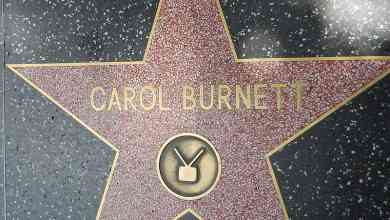 Carol Burnett Live at The Eccles during Pride Week; tix go on sale this weekend