Performers for the annual Twilight Concert Series lineup include The National, The Flaming Lips and Grizzly Bear. Each year the concert series, presented by the Salt Lake City Arts Council, attracts thousands of people to Pioneer Park in Salt Lake City. The lineup this year is as exciting as ever and the crowds are expected to be larger than in years past.

The concerts are held Thursdays, July 18 to Sept. 5, 7 p.m., and gates open at 5 p.m. There is no reserved seating, but there are food and beverage carts where refreshments can be purchased. Beer and wine can be purchased in select areas of the park. Pioneer park is located at 400 W. and 400 South.

Belle and Sebastian with Blitzen Trapper

The indie pop band hails from Scotland and is often compared to acts such as The Smiths.

The Flaming Lips are three decades into a fascinating career driven by lush, multi-layered psychedelic rock songs and life-changing stage shows, which reflect the innovative group’s firm belief that concerts should be bold adventures.

The National with Sharon Van Etten

The indie pop band recently released an album that’s described as dark and even mystical.

Their sound has been categorized as psychedelic pop, folk rock and experimental, and is dominated by the use of vocal harmonies.

Badu defies singular definition. The award-winning artist is a singer, songwriter, actress, disc jockey, activist, teacher, mother, doula and healer. She’s the quintessential hip-hop girl, though she sings more than rhymes. She’s the queen of neo-soul, or nu-soul. She is, quite simply, a goddess.

Kid Cudi took the Internet by storm with his 2008 breakout single, “Day ‘n’ Nite,” which scored two Grammy nominations in 2010. Cudi also released an EP on Fool’s Gold by the same name.

Empire of the Sun

Australia’s Empire of the Sun creates epic, electro-glam-pop music, rooted in an obvious passion for lavish theatricality and meaningful storytelling.

Cosmic forces were at work when MGMT’s co-founders, Andrew VanWyngarden and Ben Goldwasser, met over 10 years ago at Wesleyan University. Drawn together by a mutual love for music and mysticism, the duo signed to Columbia Records in the eve of 2006. On a mission to sprinkle the music industry with unpredictability, the band delivered their critically acclaimed debut album, Oracular Spectacular, in 2008. 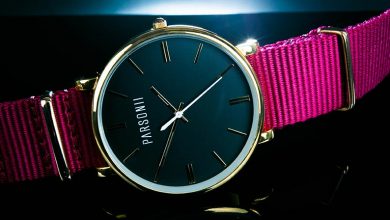