Tweets and Facebook posts are lighting up the internet and smartphones of people across the world as two 5-4 decisions in the Defense of Marriage Act and California’s Proposition 8 fall in favor of same-sex marriage supporters.

“Prop 8 kicked back to CA!!! Marriages there may resume. To all those that supported Prop 8 you wasted your $$,” said Ken Kimball-Santana via Facebook.

“Momentum! Now on to full equal protection under federal law for EVERYONE, married and single… in the workplace, in our homes and everywhere!” said Michael Sanders.

“Today’s DOMA ruling is a historic step forward for #MarriageEquality” tweeted President Barrack Obama, who was on his way to speak in three African countries where homosexuality itself is illegal or lesbians are targeted for “corrective rapes.”

The Utah Pride Center, who filed an amicus brief with the Supreme Court earlier this year, held a press conference that drew a packed roomful of reporters and celebrants.

“This day is as personal as it is historic and monumental,” Utah Pride Executive Director Valerie Larabee said. “I look forward to a day when all discriminatory bills will lie on the trash heap, which now contains DOMA and Proposition 8.”

Brett Tollman, one of three lawyers who assisted in writing the amicus brief, said that his “favorite part of today’s DOMA decision was when the Supreme Court said it is not acceptable for federal law to injure the very people that states [that allow gay marriage] are seeking to protect.”

“We are all now equal. This is a goosebumps moment,” he continued.

Tollman believes now DOMA was being used as an excuse by some states not to allow same-sex marriage.

“With the barrier of DOMA gone, it will be interesting to see how many other states will go this way [and allow same-sex marriage].”

Not all Utahns are cheering the news.

“I have long believed that marriage is a state’s rights issue,” Utah Gov. Gary Herbert said in a statement. “I support and will continue to defend Utah’s constitutional definition of marriage as the legal union between a man and a woman. I also believe that discrimination has no place in society. I hope we can find a path that protects all from discrimination while defending the sanctity of traditional marriage.”

The Church of Jesus Christ of Latter-day Saints released a statement, “By ruling that supporters of Proposition 8 lacked standing to bring this case to court, the Supreme Court has highlighted troubling questions about how our democratic and judicial system operates. Many Californians will wonder if there is something fundamentally wrong when their government will not defend or protect a popular vote that reflects the views of a majority of their citizens.

“In addition, the effect of the ruling is to raise further complex jurisdictional issues that will need to be resolved.

“Regardless of the court decision, the Church remains irrevocably committed to strengthening traditional marriage between a man and a woman, which for thousands of years has proven to be the best environment for nurturing children. Notably, the court decision does not change the definition of marriage in nearly three-fourths of the states.”

Tollman, when pressed by a reporter asking if same-sex marriage supporters got everything they wanted out of the Courts rulings replied, “When the other side doesn’t win anything, I feel pretty good.”

Earlier this year, three Utah same-sex couples filed a lawsuit against Amendment 3, saying it violates the 14th Amendment of the United States Constitution, which prohibits the government from depriving people of life and liberty, and contains an equal protection clause.

Many are scratching their heads over questions on federal benefits for same-sex couples married in one state, but living in another that does not recognize gay marriages.

“If your state passes a same-sex marriage law, then federal benefits will be affected in those states. But in this state and other states that don’t have it, who are they going to give the federal benefits to? They’re not married,” Utah Eagle Forum President Gayle Ruzicka said. “In Utah we have traditional marriage, and it’s going to stay that way,”

“We will see our day come in Utah; and it will be in my lifetime,” she said.

“I applaud the Supreme Court’s decision to strike down the Defense of Marriage Act. Before DOMA, for 200 years leaving the definition of marriage up to the states was clearly the right choice.
“Utah must now decide if it is ready to open its arms to diversity and recognize that marriage is good for all society or if our state will continue to discriminate. With so many young LGBT Utahan’s deciding to marry and build families, it only makes sense to recognize those civil marriages. Religious matters, including marriage, should be left strictly to Churches but civil matters should be accepted without discrimination.
“If Utah remains steadfast in its opposition to marriage equality, it will be increasingly difficult to bring out-of-state companies to Utah. Imagine the HR director of a national company explaining to LGBT employees that they are being transfered to Utah. “Explaining to employees that they may no longer be married. Explaining that their adopted children may not be theirs anymore, that they may lose their federal benefits and that the state will not recognize the dignity of their relationship. Not exactly good for bringing business to Utah.”
—Utah State Sen. Jim Dabakis

“I, along with most Utahns, am very disappointed by decisions released today by the Supreme Court pertaining to gay marriage. For five justices to virtually overturn the vote of millions of Californians is indefensible. For a bare majority of the court to invalidate the Defense of Marriage Act, passed by a Republican congress and signed by a Democrat President is in the words of Justice Scalia simply ‘wrong.’

“The fight is not over, however, and the battle in support of Utah and American families will continue. I am committed to join with Utah voters to continue the fight.”
—Saratoga Springs Mayor Mia Love

“The Supreme Court’s decision regarding the Defense of Marriage Act (DOMA) is disappointing. While civil law establishes societal standards of conduct, we must also consider the natural law, moral law and divine revelation. It is from these fonts of wisdom and grace that we Catholics understand that marriage between one man and one woman is a gift to humanity. The blessings of such a marriage cannot be legislated, litigated, or changed by civil authorities. I acknowledge that there are those who disagree with the traditional definition of marriage and that their lives are affected by such decisions as made today by the Supreme Court. At the same time, I affirm that marriage is a sacred and precious gift to humankind, a gift that is inviolable and unalterable, given to us by the Creator for the good of the individual, the family and the fulfillment of human beings, all of whom are created in God’s image and likeness.”
—Most Reverend John C. Wester, Catholic Diocese of Salt Lake City

“We heartily applaud the decision of the US Supreme Court to strike down Section 3 of the Federal Defense of Marriage Act and California’s Proposition 8. This is a victory for hundreds of thousands of families across the country and in California, including many Mormons, who have sought to marry the same-sex partners they love and care for their children.
“The LDS Church has been heavily involved in fighting civil marriage equality since 1994, however growing numbers of Mormons are standing up in respectful disagreement with this political position for the same reason that the Court has found: that discriminating against certain families is wrong. “As Mormons for Equality, we are thrilled that the Supreme Court has agreed with us that all families deserve equal protection under the laws”, said Spencer W. Clark, Executive Director of Mormons for Equality. “These decisions align with our Mormon faith, as recorded in modern scripture, in that we believe it is unjust for a particular set of religious beliefs to be used to deny civil rights to others.” (See Doctrine & Covenants, Section 134).
“The decision on Proposition 8 is a particular relief to the many Mormons who fought for its passage but have since changed their minds, such as Wendy and Tom Montgomery, of Bakersfield, CA, who were recently featured in a short film entitled “Families are Forever”, discussing their regret at working to pass the 2008 ballot measure after their son came out as gay last year.
“Christ’s most basic commandments were ‘love god’ and’ love your neighbor,’” Wendy said. The Montgomerys are just one manifestation of a larger shift happening within the Mormon faith towards greater acceptance of LGBT individuals, and which we hope will be continued with today’s rulings from the Supreme Court.
“In the wake of Prop 8, I’ve witnessed a remarkable change of heart in many people inside the Mormon community, and I believe this is also reflected in the hearts of the larger population.” said Mitch Mayne, a gay Mormon who serves as a leader in his LDS Ward in San Francisco. “Prop 8 was difficult, divisive and painful for LGBT individuals and for many traditional Mormon families alike. But out of it has grown the changes we see today–and I have to believe that it’s all happening exactly the way it’s supposed to.”
“While applauding the Court’s rulings, we yet recognize that many of our fellow Mormons will be sincerely disappointed, particularly those who earnestly sacrificed time and money to support Proposition 8. We remember them in our prayers and recognize our shared faith and concern for the well-being of families. Without condemnation, we invite all our Mormon brothers and sisters to get to know some of the gay and lesbian couples and their families whose relationships and well-being will be improved as a result of these rulings. “Several stories can be found through the Faces of Affirmation project at affirmation.org/faces.
“We trust and pray that any fears will soon be assuaged as they see, as has been the experience of other states and countries that have recognized same-sex marriage over last 12 years, that marriage equality is a boon, not a threat, to families and society.”
—Mormons for Equality 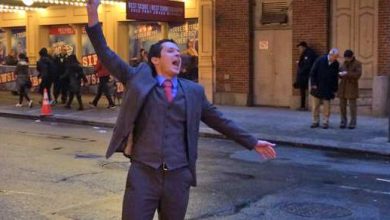 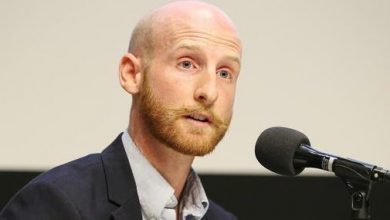