Indiana lawmakers have revamped a 1997 law that makes furnishing false information on a marriage license a class D felony. Beginning July 1, 2014, a same-sex couple applying for a marriage license in the state of Indiana will be guilty of a Level 6 felony, punishable by 18 months in prison and a $10,000 fine. The new law also makes it a Class B Misdemeanor for a clergyman, judge, mayor, city clerk or town clerk-treasurer to perform a same-sex marriage, punishable by up to 180 days in jail and a fine of up to $1,000.  Any clerk who issues a license to a same-sex couple would also be guilty of a Class B Misdemeanor.

Because Indiana marriage license forms have a space for “male applicant” and “female applicant”, any same-sex couple filling out the form would automatically violate the law. The harsh penalties Indiana lawmakers have approved make it difficult for protest movements like the Campaign for Southern Equality’s “We Do” Campaign, which encourages same-sex couples to apply for marriage licenses as a protest in states that prohibit same-sex marriages.

While many other states are reevaluating their laws concerning marriage equality in the light of the Supreme Court decision that struck down a key part of the Defense of Marriage Act, Indiana lawmakers are considering doubling down on their anti-equality posture. Although same-sex marriages are currently banned by state law, the Republican controlled General Assembly is considering submitting an amendment to the state constitution for a vote of the people next year. The decision will be made in the January-March 2014 legislative session. It is unclear whether such an amendment would survive a popular vote, as recent polling finds a majority of Indiana residents are now against a constitutional amendment forbidding marriage equality. 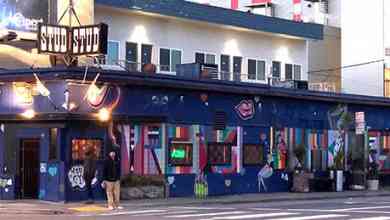 ?Run in a Million? Raises Awareness of HIV/AIDS in the Black Community