Kelly has a theory: If we let the boys have pets now, while they’re young, we won’t get stuck with unwanted animals after the guys head off to college. I guess it makes sense, but it’s also turned our home into a miniature petting zoo. We have a total of 18 animals.

Now to be fair, 12 of those are fish and chickens, leaving us with the dog, two cats, a guinea pig, a snake and sort of a rabbit. Wow, that doesn’t sound any better, does it? I say “sort of” because the rabbit has taken up residence in our neighbor’s backyard. Hera was supposed to be a house bunny. She is box-trained and “fixed.” But one day she found the backdoor left open and discovered a whole new world outside.

A couple of months ago, we were riding our bikes when a neighbor stopped us to ask if we had a bunny. Ends up Hera liked his backyard a whole lot, and his wife liked the rabbit a whole lot. So they feed her, and make sure she has water. And Hera hangs out with them now.

Last year, Gus forgot to close the door on his corn snake’s habitat, and Zeus took a little vacation. Wandering around our house —  possibly using the vents as his own personal I-15 — for a couple of weeks, I finally found him after he popped up out of one of the heating registers. I am very proud to report that I did not scream like a girl.

He’s actually on vacation again. This time, I failed to close his door properly.

Actually, of all our “real” pets, only Gracie, the dog, and Speedy, the guinea pig, haven’t sought some “alone time.” Both Athena and Apollo, our cats, have taken off, causing us great consternation.

A year ago, Athena, busted out of her carrier as we were taking her to the vet for her annual vaccinations. She disappeared for nearly three weeks. We looked all over for her, to no avail. Then one day, after the first snow fall of the season, I received a call: a woman had found her sleeping on the kitty condo on her patio.

A few weeks ago, following in his kitty sister’s footsteps, Apollo decided to sow some wild oats — whatever wild oats a neutered cat has. One day he simply went on a little adventure, and didn’t look back. Having no idea where he could have wandered, Kelly and I drove all over the neighborhood looking for him. At last, nearly a week later, at 3:00 a.m., he wandered into our bedroom meowing and seemingly really happy to see us.

You may have noticed a theme in our animals’ names. Yeah, so they all have Greek monikers (yes, even the chickens). I’m Greek, what did you expect? But my Greekness brings with it an advantage when our free-spirited family members go missing: Saint Fanourios!

Saint Fanourios is the Greek Orthodox equivalent of the Roman Catholic St. Anthony: the patron saint of missing and lost items. So when Zeus slithered through our vents, the boys and I prayed to Fanourious. When Athena and Apollo wrote their own feline versions to “On The Road,” we prayed to the saint.

And guess what? The animals returned. When they did, we followed Greek tradition and made a cake in Fanourious’ honor.

With Zeus on the loose again, you know where I’m turning! Because when there’s a snake wandering around your house, it takes divine intervention to keep you from getting a severe case of the heebie jeebies.

Who’s Your Daddy?: Leading the way with language 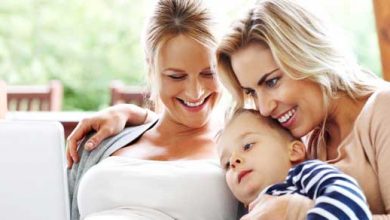