Zimbabwe President Robert Mugabe stepped up his anti-gay rhetoric earlier this week, calling for gays who don’t conceive children to be beheaded.

“If you take men and lock them in a house for five years and tell them to come up with two children and they fail to do that, then we will chop off their heads,” said Mugabe during an election rally on Tuesday.

Mugabe has been one of Africa’s most outspoken anti-gay leaders, labeling gays as worse than barnyard animals, using such epithets as “worse than dogs or pigs” and “degrading human dignity.” Earlier this month he called for gays and lesbians to be jailed.

The Gay and Lesbian Association of Zimbabwe has filed an official complaint against Mugabe, on the grounds that his statements “have created a climate of intolerance, fear, coercion, intimidation and acts of violence directed against gays and lesbians.”  According to the complaint, such hate speech violates several parts of the Zimbabwe electoral code of conduct.

GALZ further asserts that this climate has “resulted in incidents such as an attack on the GALZ office on the 6th of June 2013 by five unidentified men wielding hammers.”

Zimbabwe has some of the strictest anti-gay laws in the world, with a ban on male homosexuality. In 2006 the government amended their laws to define sodomy as any “act involving contact between two males that would be regarded by a reasonable person as an indecent act.” 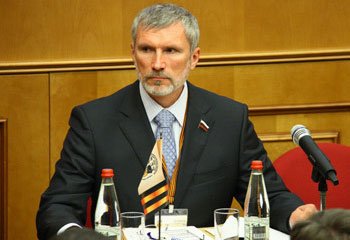 ILGA to Meet in Quebec City