In our quick chat, a blunt-as-ever Love told me about the modern-day rock queers she calls “ninja” gays, how she’s actually “really normal” and her desire to educate Kurt Cobain’s family on, I think, equal rights … or something.

I know you know you have a lot of gay fans.

Have you noticed gays at the shows on this tour?

Hell yes! There was one show in Port Chester, N.Y.; I probably won’t be returning there. There weren’t any kids and there weren’t any gays. It was all ladies who were my age … with their hubbies! Some of them didn’t take very good care of themselves. It was really freaky. I need the gays there. If I don’t have the gays, I just go nuts, because they always know every word and they’re the best core audience you can have. And it’s just nice.

And you know no one’s gonna attack you and you’re not gonna get a crazy person. After the shows I can’t go and sign autographs without a bodyguard, and I don’t have a bodyguard on this trip, per se, and all it takes is just one freak, because I’m so polarizing. I wish the gay kids and the kids would just go in one clump and then everyone else would go in another clump, because then I could go over to them and sign autographs and stuff and feel completely safe, but I don’t feel completely safe so I just wave and jump in the bus.

And some people have traveled seven hours, or nine hours, or 20 hours – I hear all sorts of stories – to get there and I try to give them an autograph, but I get really freaked out that there’s just gonna be some crazy straight guy with some crazy ass agenda who’s gonna try and hurt me.

You and the gay community have something in common: We’ve both been bullied. What’s your advice on dealing with haters?

Don’t read the comments. (Laughs) I think you just let it rub off of you like a duck’s back. I said this recently on my Twitter feed; I was like, “Yo, Amanda Bynes, chill out,” and she went off on me and called me “ugly.” It’s like, “Dude, I’ve been called ugly since I was 13; honestly, that’s it? Ugly? That’s it? Oh, ouch. You hurt my feelings.” I mean, it so doesn’t hurt my feelings. That’s like calling me a slut. It’s like yeah, and … ? It’s true! But I’m not saying that I feel ugly.

Five years ago you celebrated the passing of Prop 8 on your blog, where you noted you voted “yes” – a vote against marriage equality – on the amendment to ban same-sex marriage in California.

Thanks for clarifying that.

Yeah, well, good. I’m just bad at math and I didn’t write it down quite correctly.

How do you feel about the recent Supreme Court ruling that overturned Prop 8, making it legal for gay couples to marry in California?

I’m really excited about it. I think it’s great. The saddest thing is to see, like, two old lesbians who’ve lived together for 1,001 years, and I’ve seen this happen with a relative of Kurt’s … and Kurt’s family is so weird they won’t admit she’s a lesbian. But whatever. He actually had an uncle die of AIDS and they won’t admit that he died of AIDS. It’s just completely freaky. I think it has a lot to do with a lack of education in Grays Harbor, and with his family I’ve offered everyone down to the last cousin a college education … and nobody wants it. It’s completely weird. Anyyyway. I feel like, um … wait, I just lost track of the question. What was the question?

About your feelings on marriage equality in California.

Oh, I knew this older lesbian, and her partner died and she had no civil rights to anything. Nothing! And all of a sudden the family moved in and they’d been estranged for 20-some years and it was ridiculous. Then I have a younger friend named Jason who got married in West Hollywood about six years ago and all of a sudden his husband died of a heart attack and he was left with absolutely nothing. I tried to get him a lawyer so he could fight it; I mean, they were married legally at a time when it was legal. Nobody would take his case. I don’t know why. It was really horrible. He was left with nothing. It’s disgusting. Just disgusting. Embarrassing and disgusting.

Last year you and Perez Hilton were going back and forth on Twitter, and you told him you could make him a better gay man. What are your gay guru qualifications?

(Laughs) Well, be specific. What do you mean?

He was talking about not getting laid and you were coaching him, joking that he wasn’t a very good gay man.

Well, he’s mean; that doesn’t help. I’ve known that guy for so long, you have no idea. I knew him when his blog was a month old. But I don’t know what I meant. It was a tweet!

I don’t know how to make anyone a better gay man. I really don’t. What am I supposed to say … listen to more showtunes? I mean, that’s ridiculous. And modern gay guys don’t actually listen to a lot of showtunes. There are a lot of rock gays, in New York anyway. There are a lot of little gay guys. I went to this thing Madonna was at and there’s all these kind of ninja gay boys – they’re really small – but I think they were her dancers. Then there’s this kind of rock club called The Electric Room and there’s always these little rock gay guys who wanna get in, and they do.

What will surprise people most when they read your memoir, which is supposed to be out at the end of the year?

Last words for your gay fans?

I love them. That’s about it.

Ogden Man Reaches OUT to Teens 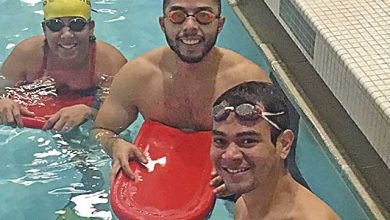 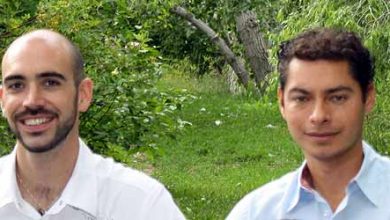