As international attention focuses on Russia’s recent crackdown on gay rights, a gay Miss Universe fan from New Jersey has rallied more than 20,000 signatures on a Change.org petition urging the Miss Universe Organization, owned and operated by real estate and reality TV mogul Donald Trump, to relocate its upcoming pageant from Moscow, Russia in November 2013 due to the country’s anti-gay laws. 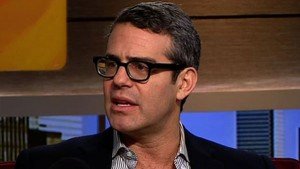 Breaking tonight, Watch What Happens Live star Andy Cohen announced that he would not be a co-host of this year’s Miss Universe pageant, telling E! News that he’s “concerned for his safety.”

According to E! News: “The law is that anyone under suspicion of homosexuality can be arrested,” Cohen told his Miss Universe pageant co-host, E! News journalist Guiliana Rancic, adding that he “didn’t feel right as a gay man stepping foot into Russia.”

Both Trump and the Miss Universe Organization have remained silent on the petition, but petition starter Francesco Pascuzzi hopes Andy Cohen’s decision to boycott the pageant won’t go unnoticed:

Says Francesco: “Andy Cohen’s decision to boycott hosting the Miss Universe pageant sends a very loud and clear message that Russia needs to be held accountable for its brutal and violent crackdown on gay rights. There are more than 20,000 people who’ve signed my petition, and we’re going to keep the pressure on the Miss Universe pageant to pull out of Moscow, in order to make sure all contestants and spectators are safe.”

You can check out the petition and live signature totals here: http://www.change.org/MissUniverse