Prides are bursting in the area lately. The next 3 weekends alone there are pride events in three cities within 200 miles of Salt Lake City — in Idaho Falls this weekend, Provo, Utah next weekend and Moab, Utah Sept. 27–28. 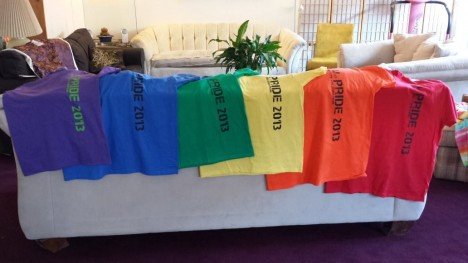 The weekend will kick off tonight, Friday, Sept. 13 at 7:00 p.m. at the Colonial Theater for a screening of the documentary, BRIDEGROOM, that tells the emotional journey of Shane and Tom, two young men in a loving and committed relationship cut tragically short.

“This poignant and enraging story of how people without the legal protections of marriage can find themselves completely shut out and ostracized opens a window into the issue of marriage equality,” organizers wrote in a statement.

The Pride Walk/Parade will begin Saturday, Sept. 14 at 11:00 a.m. in the parking lot of the Unitarian Universalist Church, 555 E Street, and travel about a mile and a half through through downtown. Pride merchandise will be available beginning at 10:00 a.m. Immediately following the parade, a festival and picnic will be held in Memorial Park on the Greenbelt. You can bring your own picnic or purchase food from our food vendors. 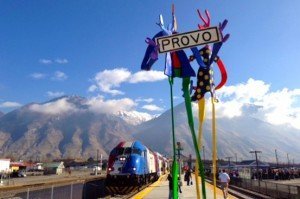 Also in its first year, is the Provo Pride Festival to be held next weekend.

The weekend begins with an interfaith celebration at Provo Community United Church of Christ, 175 N. University Ave., Provo with music and speakers highlighting “what we share in faith,” according to organizers.

On Saturday, Sept. 21, the Provo Pride Festival will be held at Memorial Park in downtown Provo from 10 a.m. to 8 p.m.  The festival will have booths, entertainment, and music in the park.

“In these places, where everyone knows everyone, it can be hard to stand up for something you believe in — something that makes you different — but maybe it’s exactly these hometowns that have the best shot at pioneering a community-driven atmosphere of tolerance and understanding,” organizers said in a statement,

This year’s event is expanded through the week of Sept. 22 to 28, beginning with a screening of “The New Black,” a documentary about how the African-American community is grappling with the gay rights issue in light of the recent gay marriage movement and the fight over civil rights. Hosted by the Moab International Film Festival, the screening takes place at 7 p.m. at Star Hall, 125 E. Center St., Moab.

The week progresses with a series of outdoor events, designed to raise funds for the festival, including Jeep tours, rafting, a hike and stand-up paddle boarding on the Colorado River. More information at gayadventureweek.com.

In Friday, Sept. 27, an Orange Party meet and greet will take place beginning at 8:30 p.m. at Frankie D’s Bar and Grill, 44 W. 200 N., Moab. Similar to a white party, Moab Pride organizers chose orange as a nod to the spectacular scenery of the area. Organizaers invite you to “surround yourself with your own expression of orange.”

“We encourage all festival goers to combine orange and graffiti into the costumes for this annual event while hanging out, chatting and dancing the night away,” organizers said.

A “Visibility March” begins at 9 a.m. Saturday, Sept. 28, at Swanny City Park. The mayor will be on-hand to welcome attendees. The one-hour march begins and ends at the park on a route that takes walkers, bikers, unicyclists, skaters and skateboarders through town.

At 11 a.m., the actual festival happens at Old City Park in Spanish Valley through dusk. Vendors, music, a market and other entertainment will happen alongside a raffle, history panel and “Disk Golf Tournament.”

Wayne Besen, author, activist, columnist and public speaker, will also speak at the festival. He is the author of the book, “Anything But Straight: Unmasking the Scandals and Lies Behind the Ex-Gay Myth,” which was nominated this year for two Lambda Literary Awards. He currently serves as the Executive Director of Truth Wins Out, an organization founded to combat the ‘ex-gay’ myth and right wing propaganda.

Finally, an after party will take place at Woody’s Tavern, 221 S Main St., Moab, with a drag show, DJ and divaDanielle from Los Angeles.