In a letter dated September 15, 2013, Church of Jesus Christ of Latter-day Saints members of the Honolulu West Stake in Hawaii were asked to study pending marriage equality legislation “prayerfully” and with thought to “The Family:  A Proclamation to the World,” a document delivered to Mormons by late LDS President Gordon Hinckley in 1995, which forms part of the basis of LDS opposition to marriage equality. In the letter, read at church services and relief society meetings, the leaders ask members to contact their legislators to express their views about the legislation. The letter also instructs church members to review other publications at lds.org, and asks them to “consider donating your time or resources to one of the community organizations addressing this issue.”

The letter, signed by three members of the stake presidency, also asks members “whether or not [they] favor the proposed change” to urge their legislators to include in any new law a “strong exemption for people and organizations of faith.”  They request that the exemption should include language that would protect religious organizations and officials from being required to support or perform same-sex marriages, or being forced to host them in their buildings and that would protect small businesses from being forced to assist in promoting or celebrating same-sex marriages.

The letter bears striking resemblance to the organization’s involvement in California’s Proposition 8 debate, where church leaders asked for 30 members from each California congregation to donate 4 hours per week to the campaign.  The Los Angeles Times estimates that Mormons accounted for roughly 43% ($8.4 million) of the money spent in the Prop 8 campaign.

Calls to the LDS public relations department for comment were not returned prior to press time. 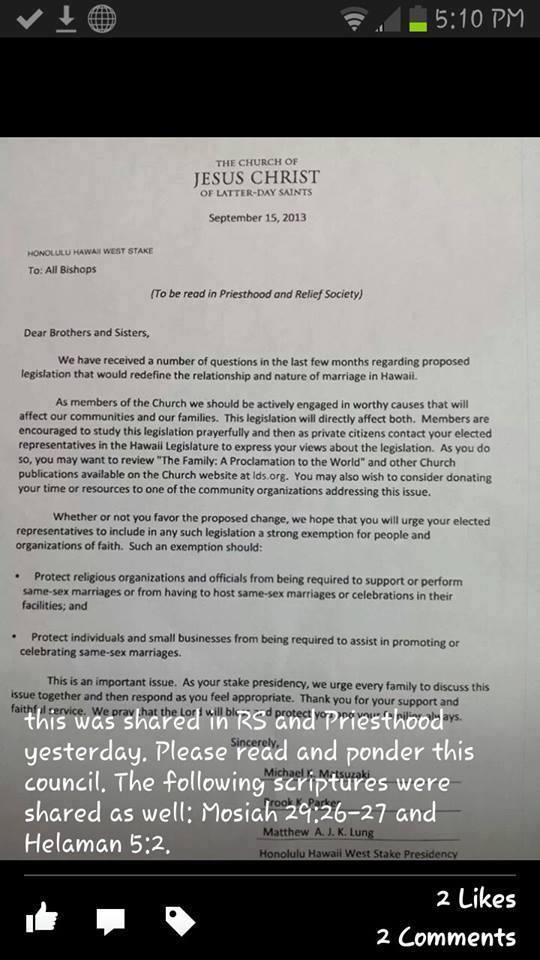 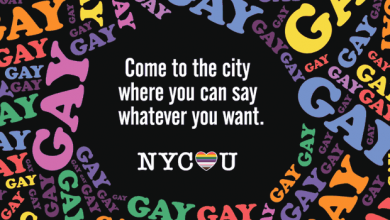