What makes some people react to the sight of two men holding hands with anger, hatred & violence?

University of Utah researcher Karen Blair plans to measure how thoughts and feelings inside the brain are subconsciously expressed by the body after seeing a same-sex public display of affection.

Understanding the physiology of prejudice toward sexual minorities might point to a way to reduce it and the violence they experience, she said.

Understanding the physical mechanisms — such as changes in levels of the stress hormone cortisol — will help to develop better interventions and educational materials to reduce hate-based crimes, said Blair.

She was raised in St. Vital, Winnipeg, Canada and earned a doctorate in social psychology from Queen’s University.

The questions she asked as a university undergraduate, when she came out as a lesbian to herself and others, led to the research she does now.

“I was in a course on relationships and the psychology of love and relationships. I kept raising my hand to ask the prof ‘Do we know if this thing works for same-sex couples?’ The answer was always ‘We don’t know — they haven’t done the study.’ Textbooks were always about heterosexual couples’ experiences. So I said ‘I guess I’ll have to do it.'”

Blair, who studies lesbian, gay, bisexual, transgender and queer psychology, relationships, prejudice and health, is a post-doctoral fellow at the University of Utah. Her fellowship is funded by the Canadian Institutes of Health Research and covers her salary, but leaves her to her own devices to find funds to support her research.

Blair has gone online to solicit crowd-funding support for her research at www.wecanholdhands.com. Her goal is to raise $7,500 toward its estimated cost of $12,000. Blair said she’ll make up the difference. Just over $2,000 has been raised so far for the study of 120 subjects that involves lab time to measure such things as levels of cortisol, the stress hormone. It aims to understand more about how prejudiced individuals respond when they see a same-sex public display of affection.

It was “discouraging” to hear some people in Steinbach, Manitoba, Canada oppose gay-straight alliances in school, she said. The health benefit to those struggling with their sexual orientation is feeling accepted rather than wishing they were dead and considering suicide, said Blair.

“It’s going to keep them alive. The more we create these alliances that feed into social support from friends, the better their mental and physical health will be,” said Blair. “We can back that up with research already.”

Acceptance of sexual minorities is growing, but it’s not a global reality yet, she said.

“In countries like Russia, they say something like 85 percent agree with anti-gay propaganda laws.” Blair said her study is needed and could be put to good use in many places.

“The research is going to be relevant across the border and outside North America.”

A broad range of people are expected to participate in the study, she said. Utah is heavily populated with Mormons whose religion opposes homosexuality, but the liberal University of Utah was ranked as one of the 25 most queer-friendly campuses in 2012. 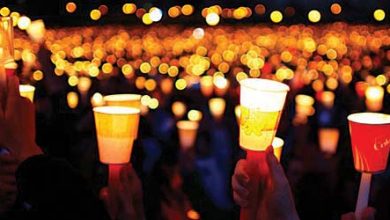