Last night, in a hastily scheduled and barely announced “talking circle,” Utah Pride Center acting board chair John Netto failed to allay community concerns regarding the center, its embattled executive director, and the future of the SAGE program at the center.

As QSaltLake reported yesterday, the SAGE Advisory Board delivered a letter to the Pride Center requesting that SAGE Utah, the project aimed at lesbian, gay, bisexual and transgender elders, become independent of Utah Pride, citing a lack of confidence in Pride Center management’s commitment to the program and to the aging LGBT population.  SAGE advisory committee member Michael Sanders read the letter aloud to the attendees, formally requesting that SAGE be allowed to separate itself from Pride Center management and to conduct its own fundraising and manage its own finances.

Last week Utah Pride laid off SAGE Utah director Charles Frost in an emergency cost-saving move prompted by the revelation of over $300,000 worth of bad accounting.  Director of operations Joe Gonzalez was also laid off and other staff were subject to pay and benefit cuts as well as the termination of 401k matching contributions.

According to the minutes of the Oct. 28 board meeting, the financial issues were the result of a decrease in donations combined with the loss of two significant grants, both of which expired this year. It was also noted that there was an “overall difficulty with anticipating funding and expenses in gap accounting.”

Several of those present at the meeting expressed their disappointment in Netto’s willingness and ability to answer direct questions, especially those related to separating SAGE from Utah Pride, the overall financial health of the institution, and the community’s apparent lack of confidence in Valerie Larabee, Utah Pride’s executive director.

“If Valerie Larabee is part of the problem of the Center, why not have her leave?” asked Todd Bennett.

“Valerie Larabee is not all of the problem at Utah Pride,” Netto answered. “If she were, that would be an easy fix.”

“I have a disagreement with those who want to fire Val,” Netto continued.

Troy Williams spoke of many community leaders who have had conflicts with Larabee.

“I am astonished at her [Larabee’s] ability to evade any responsibility and for everyone to circle the wagons around her,” Williams said. “It should terrify the board of directors that the director of the community center is in such constant conflict with so many people in the community.  That should terrify you.”

Netto agreed that Larabee doesn’t have the community supporting her, but said in talks he’s had with “hundreds” of people by phone, she has her supporters. He also said he has had “very direct conversations” with her over her leadership style.

“There has been no promise made to Val that she will be part of the future of this community center,” Netto said.

On multiple questions Netto gave answers that were then contradicted by participants, including other members of the board. He then retracted and rephrased those answers defensively, at one point claiming that if his words were going to be picked apart he’d just “have the lawyers answer.”

Near the end of the meeting SAGE advisory board member Jerry Buie asked the audience how many were attending due to concerns about the future of the Pride Center. Nearly everyone present raised their hands. He followed up by asking how many felt that their concerns were being heard and felt some level of relief.  No hands were raised.

Buie posted this comment on Facebook following the meeting:  “I do think we should reconsider the talking and listening circle philosophy …. not sure that much listening was accomplished…. when one is formulating a response while the question is being asked would suggest that listening is not taking place.” 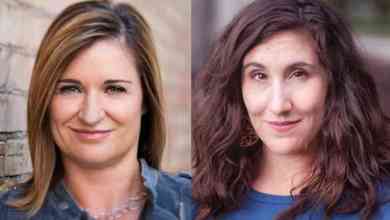 Sen. Jim Dabakis will not seek re-election this November 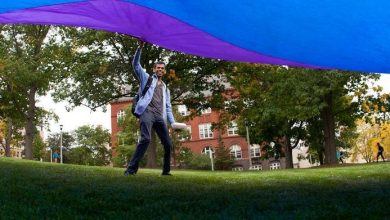