Mel B will tell you what she wants, what she really, really wants: to get back to being Scary Spice again. Not that the pop star, known as the Spice Girls’ wild child, ever got away from her alter ego. But even with a solo song out now – “For Once in My Life,” her first single in eight years – Mel B is ready to reunite musically with her gal pals.

In our interview, the Spice Girl chatted about the big part the group’s gay following played in their career, the time she fell in love with a woman, and the female artists du jour – and their girl power, of course.

A gay club you were at recently with Mel C couldn’t stop playing your new single.

They played it by surprise and I was like, “Woo-hoo!” Mel C and I made our own little selfie video of it. It was a nice little surprise.

How have the gays reacted to the single?

Well, we missed you.

I know! It’s been a loooong time, that’s for sure.

Why does now feel like the right time for your first solo single in eight years?

I got the bug doing America’s Got Talent, where I’ve been watching people perform week in and week out since March. I literally got in the studio and just started recording with my producer and my writer and it developed from there. I was saying, “I don’t want to wait to promote it. I just wanna get it out there now.” And I just put it out there with no promotion, no nothing.

Should we expect a full album?

I wouldn’t say a full album, because I don’t wanna put that pressure on myself. I’m gonna be in the studio and I wanna do music, period, so it is what it is. I’ve got that passion back – that’s what I wanna focus on this year and all of next year, and as much as possible.

How did you end up on Wisteria Lane – the fictional setting of Desperate Housewives – for the music video?

Well, why not? I only had nine hours to film the whole video shoot, and I was a big fan of Desperate Housewives and we were like, “This is it. Let’s book the whole thing there.”

Does making out with yourself, which you do in the video, count as lesbian action?

It’s all about feeling good about yourself and loving yourself. When you dress up for a fun night out with your girlfriends and you look in the mirror, who doesn’t wanna kiss themselves? But if you want to take it the lesbian route, you can do that too!

When did you know you had a gay following?

Spice Girls. We always had an inkling. We love our gay market and we wanted to make sure we provided a song for our gay market that they could really enjoy, and we did exactly that. Everybody else followed, thankfully.

Were there any Spice Girls songs you recorded with the gays in mind?

All of them, from “Wannabe” to “Who Do You Think You Are.” That the gay market embraces you a little bit – it’s very humbling. And the gays will tell you whether they like it or not. A lot of my team is gay, so they tell me what will work and what won’t work. They’re very straight, and they’re very honest. I like that about them. It’s just nice to be a part of that. It’s nice to be accepted in that world.

How did you end up with such a gay team?

The best hair and makeup are done by the gays, whether you’re a gay or a girl or a cross or whatever. They have the eye.

What is your relationship now with the Spice Girls? Do you girls hang?

Yeah, I was just in London a couple of weeks ago doing my show Stepping Out and I went partying with Mel C. I had dinner with Geri (Halliwell). I just did Emma (Bunton’s) radio show. Me and Victoria (Beckham) get together. We just got together last year at the Olympics. We’ve known each other for 20 years, and it’s like a sisterhood. It’s not gonna be broken anytime soon, especially after 20 years.

But what about these rumors of Victoria not getting along with the rest of the girls?

You always hear rumors about one of us hating one of us. If it’s not me and Geri, it’s Victoria and Mel. All of that is just rumors. The press just gets bored sometimes.

How about a reunion tour?

We got together at the Olympics, so I like to never say never. It could always happen.

How has Scary Spice changed since the ’90s?

She’s still the same: an 18-year-old kid who runs around with curly hair, screaming. (Laughs)

As someone who helped trail blaze girl power, when you look at the newest wave of female artists, who is carrying that torch?

You told Howard Stern just a couple of months ago that you’ve kissed all the Spice Girls. Which one is the best kisser?

Of course they are.

But can you pick just one?

How could I? They’re all just as good … in their own different way.

Though you’re now married to a man, you were in a five-year relationship with a woman. Because of that, people were assuming you’re bisexual. Were you intentionally hinting that you are?

I didn’t have any intention of anything. You just fall in love with whomever you fall in love with. If people wanna put labels on themselves, then yeah – but no, I had a great relationship. It had a start, middle and an end, and that’s it.

Performing my music and getting my Scary Spice vibe out there musically. 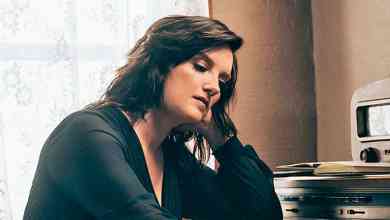