If you don’t believe in God, that’s easy: Hollywood and D.C., because, duh, they are populated by actual people. But if you believe in God, surely you think He has more sway than the cities that brought us Brokeback Mountain and Barney Frank, right?

Maybe not, it turns out. At least when the issue at hand is marriage equality.

On Friday, Nov. 29 Cardinal Timothy Dolan, Archbishop of New York, had a heart to heart with David Gregory. The topic turned to all those gays getting married and Gregory wondered what Dolan thought about the rapid advances equality has made in recent months.

“I’d be a Pollyanna to say that there doesn’t seem to be kind of a stampede to [legalize same-sex marriage],” Dolan responded. “I regret that, I wish that were not the case.”

Nice use of the word “stampede,” by the way. It brings to mind an image of gay and lesbian couples mowing down everybody in between them and legal marriage. As if the fight for marriage equality is akin to Walmart on Black Friday with folks stomping on each other’s heads to get a discount flat screen.

David Gregory then asked, “But why do you think the church is losing the argument on it, in effect?”

Dolan’s answer is quite revelatory.

First of all, out-marketed? This isn’t Coke v. Pepsi, pal.

Secondly, did he just say that the forces of “Hollywood” and “politicians” are beating out the force of the Catholic Church? That God’s condemnation of homosexuality is no match for a bunch of celebrities and senators? Why, yes. Yes he did.

And for what injustice are Hollywood and Washington D.C. at fault?  “We’ve been caricatured as being anti-gay,” Dolan said.

Oh, now that’s rich, especially coming from a man who personally lobbied against marriage equality in New York and who once included homosexuality in a list of “contemporary threats to marriage” including “polygamy, adultery, [and] forced marriages.” As if there’s some giant conspiracy to make the Catholic Church seem like it doesn’t like gays. Because they sure don’t make any secret about their anti-gay lifestyle.

“Back in 1973 with Roe v. Wade, everybody said this is a forgone conclusion, in a couple of years this issue is going to go away” he said. “To this day it remains probably the most divisive issue in American politics.”

Gregory asked, “So you don’t think the gay marriage debate is over?”

In other words, lesbians and gays may be winning the battle to have our families recognized as legal and loving, but people like Dolan will keep up the fight to turn back the clock to a time when our families were considered a crime and an abomination. 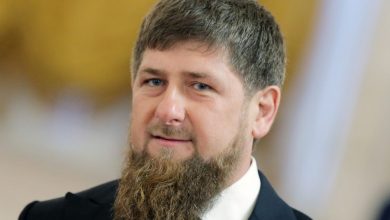