President Barack Obama’s presidency will go down in history as a beginning to the end of the LGBT struggle for equality. The president’s bold leadership has irreversibly tipped the scale toward justice. Within six months of his inauguration, it became clear that his administration would be like no other, leaving a unprecedented mark on LGBT history, and it will be viewed as the tipping point in our struggle for full equality.

While his achievements in the arena of marriage and civil law are incredible, we as a community should truly celebrate Obamacare. When history looks at the Obama administration, it will remember that Obamacare expanded protections to LGBT Americans in a way that very few pieces of legislation had before it. Obamacare affects each member of our community positively, and here’s how:

Our community has, for years, faced difficulty in obtaining health insurance coverage and Obamacare is the largest remedy to that in our community’s history. According to research by the Center for American Progress, 41 percent of LGBT people will qualify for Medicaid expansion nationwide. Those under 26 can stay on their parents’ insurance until they turn 26, like myself. If you don’t fit into either category, you will qualify for a quality affordable plan in the new marketplace at Healthcare.gov. Within the new marketplaces, a “same-sex partner” filter allows us to find insurance that will cover our partners.

Aside from the affordable options provided by Obamacare, new protections against discrimination stand as the strongest protections our community has ever been guaranteed in the health-care system. Beginning Jan. 1, 2014, discrimination based on pre-existing conditions is illegal, meaning those living with HIV/AIDS, those who have been diagnosed with “gender-identity disorder” and those with other chronic diseases cannot be denied health care. Also in 2014, life-time caps on benefits are ended. This is particularly important to those living with HIV/AIDS because they will no longer hit a cost ceiling.

For older members of our community, the AIDS Drug Assistance Plan now counts toward Medicare Party D’s out-of-pocket limit and are given a 50 percent discount on brand-name HIV/AIDS drugs. Those on Medicare are provided new benefits including free mammograms, colonoscopy and other preventative services, as well as one annual wellness visit.

Coupled with these changes to insurance policies, the new nondiscrimination requirements in Obamacare mean a vastly improved experience for our community. Included in the language of Obamacare is an explicit ban on discrimination based on sexual orientation and gender identity. These bans apply not only to health insurance but also any health care related service that takes federal funding. Almost every health care related organization takes federal funding so protections for our community will be expanded to every corner of the country, including in rural areas where our community is prone to incredible amounts of discrimination.

Despite efforts to characterize Obamacare as a bureaucratic nightmare, it remains one of the most important advances that the Democratic Party has made for the LGBT community. Remember, come November of 2014 that Democrats stand with our community. Join me in supporting a progressive agenda and vote to elect Democrats next year. President Obama can only make progress for our community with a Democratic Congress. I challenge you to support the president and enroll in health insurance through the new marketplace. Visit Healthcare.gov and show that when a president sticks his neck out for us, we’ll return the favor.

Turner C. Bitton is serves on the board of the Utah Stonewall Democrats and on the Democratic National Committee’s Youth Council. If anyone needs assistance or has further questions, he can be reached via his website at www.turnerbitton.com. 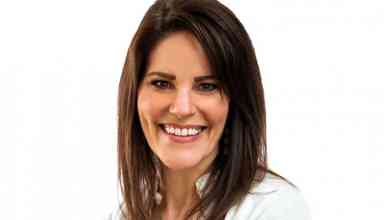